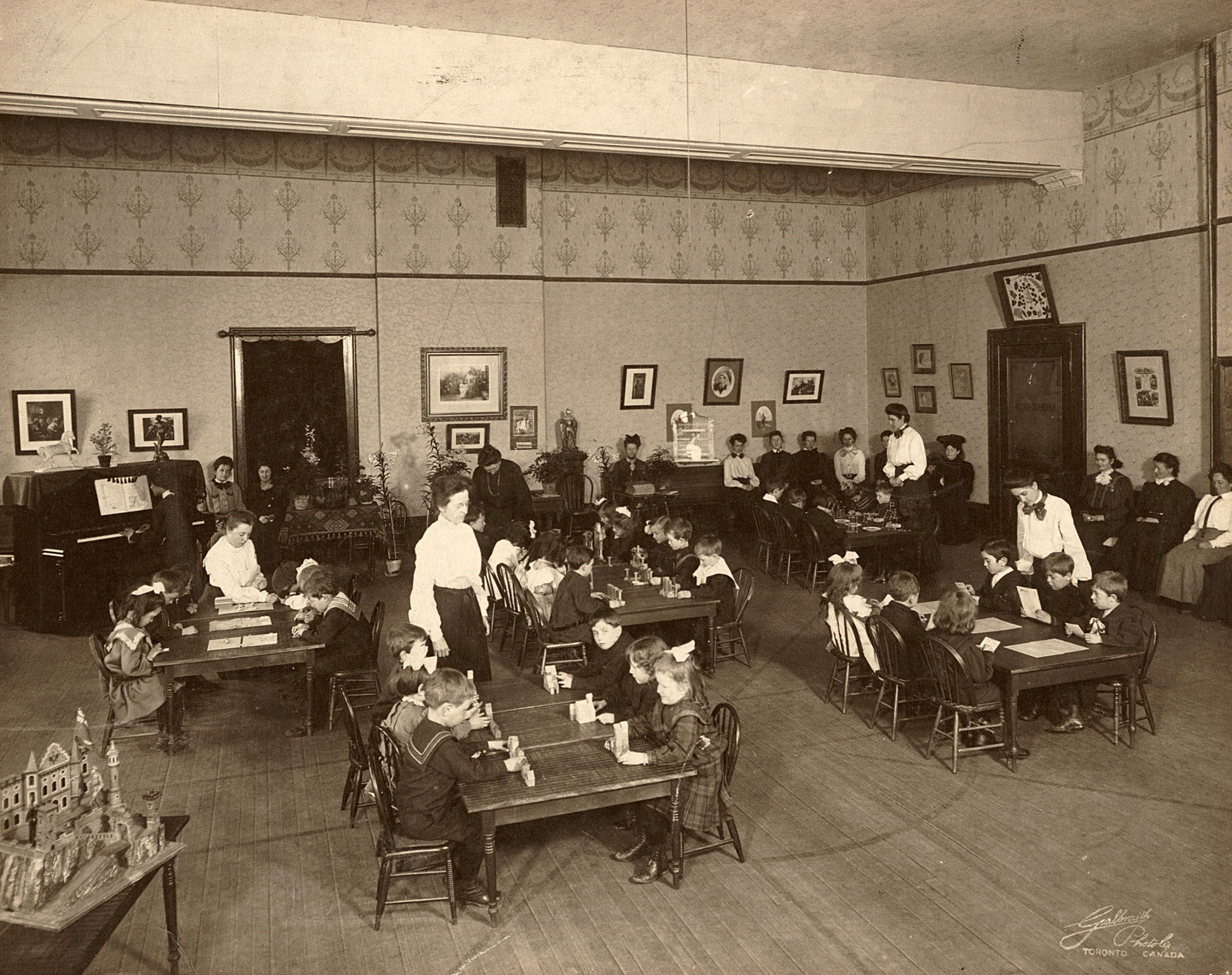 According to Belgian law, every child was required to attend school between the ages of six and twelve. In the first months of the school year 1914/1915, however, this proved very difficult. Mobilisation had thinned out the teaching staff and many school buildings were occupied by refugees or Allied or German soldiers. The best the pupils could hope for were a few lessons a day in a pub, vestry or living room, often given by unqualified 'teachers'. Once the frontline stabilised, a degree of order returned. In both the free part of Belgium and the occupied territory, school buildings were gradually handed back to the teaching staff, who often found them in appalling conditions, especially those that had served as field hospitals or stables.

But the greatest challenge was providing education again for children in the villages and towns nearest the front. The Belgian government racked its brain over how to reconcile compulsory education with the constant threat of war. After the German invasion, many children had fled to France, the Netherlands and Great Britain, where they attended local schools or temporary Belgian schools, the so-called 'school colonies'. The authorities wanted to officialise and expand this education system. From Spring 1915, all children still living near the front lines were evacuated to Belgian or foreign school colonies. The children, called ‘Les Enfants de l’Yser’, boarded trains to West Flemish schools further from the front, or travelled to Switzerland, France, Great Britain or the Netherlands. At their destinations, they were looked after by Belgian teachers or nuns and given lessons in Flemish, as demanded by the Belgian curriculum.

Though this saved ‘les Enfants de l’Yser' from 'lawlessness and ignorance', the tough regime of the school colonies was hard on many of them, and homesickness took its toll. Most children weren't even able to go home during holidays, and many of the parents did not have the means to visit their offspring, either. Only once the armistice was signed were parents and children able to resume their family life together.