Before the war, Émile Verhaeren (1855-1916) was a celebrated symbolist author. The work of the French-speaking Flemish writer was highly acclaimed in the Francophone world, and Verhaeren became an urbane public figure with an extensive network of acquaintances in international cultural circles. He also made friends with King Albert I of Belgium and Queen Elisabeth.

When war broke out, Verhaeren was devastated. War went against all ideals he believed in and which inspired his work. The cosmopolitan pacifist Verhaeren revealed himself a Belgian nationalist. During the winter of 1914, Verhaeren stayed in Great Britain, before returning to Belgium as a guest of the king and queen in the town De Panne. Using his international contacts, Verhaeren was a keen supporter of the campaign to make the misery and destruction in Belgium known to the world. He visited the front and military hospitals, and wrote such works as ‘La Belgique sanglante’ (Belgium Bleeding) and long poems like ‘Les ailes rouges de la guerre’ (The Red Wings of War) which evoked the sadness of his ruined country. 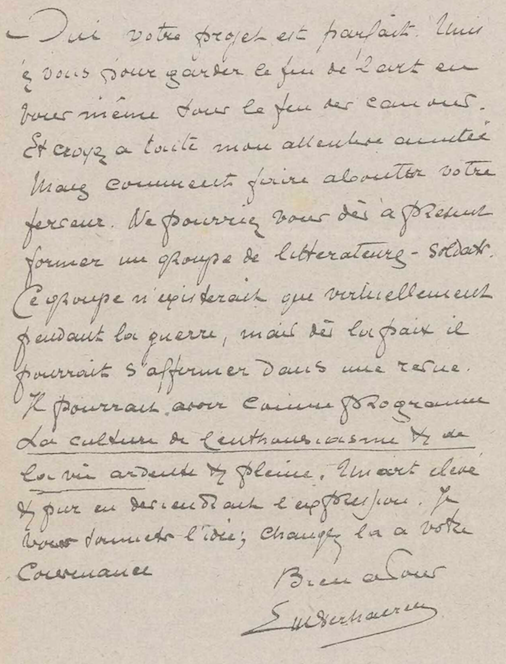 To the same end, Verhaeren gave talks in allied and neutral countries. On 26 November 1916, trying to jump on a packed train to Paris after giving a talk in Rouen, Verhaeren slipped and fell underneath the carriage. Both his legs were crushed, and though bystanders dragged him away from the rails, it was too late. According to a mythicised account of his death, he whispered with his last breath: ‘Je meurs… Ma femme… Ma patrie…’ (I’m dying... My wife... My country...) before he died on the platform.

A Red Cross car repatriated his body to unoccupied Belgian territory, where Verhaeren was buried with great ceremony in Wulveringem. His widow received condolence letters from all over the world. Even in the occupied part of Belgium, Verhaeren’s memory was honoured. A year after the incident, the German-controlled weekly magazine ‘L’ Événement illustré’ dedicated an issue to the author. A decade after his death, Verhaeren’s body was moved to his native Sint-Amands, where a monument was erected to him. 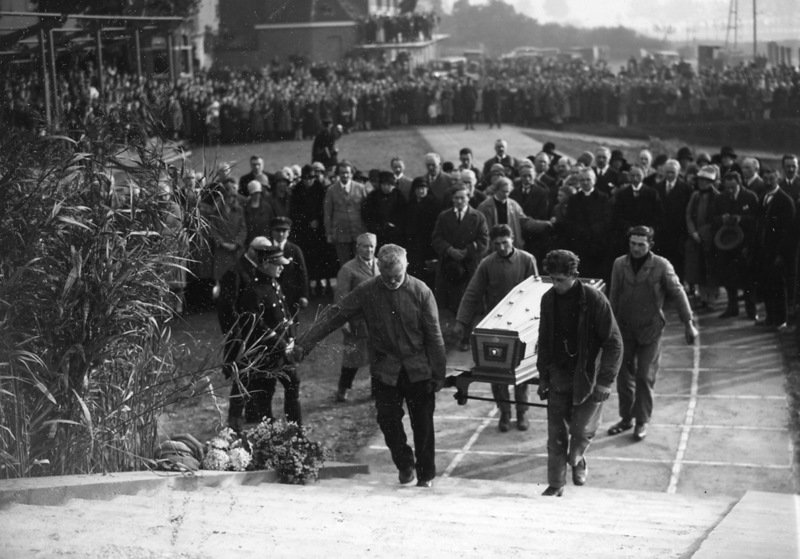