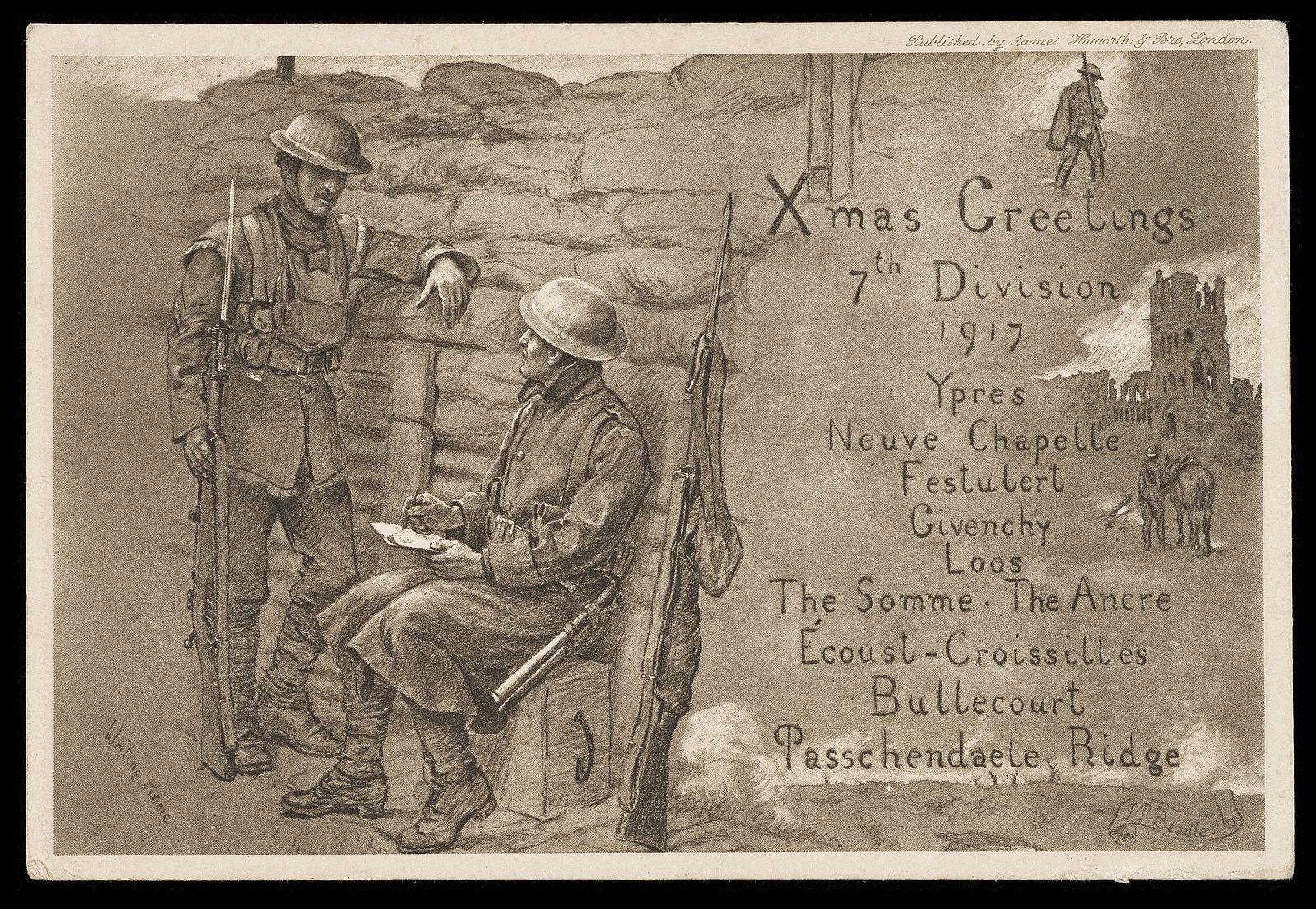 The first Christmas at the front, in 1914, passed in a remarkable atmosphere. At the start of hostilities, the soldiers had hoped for a short war. They had expected to be home long before Christmas and were surprised to find themselves still in the trenches. This is why there was little will to fight amongst many of the soldiers. This attitude was not new at the front. From the moment that the entrenched front line began to take shape in November 1914, a 'live-and-let-live' mentality sprang up in some sections. In the run up to Christmas, the number of unofficial truces along the front line increased. On Christmas day, this developed into real fraternization in quite a number of places. Soldiers on both sides walked into No Man's Land, which led to conversations with the enemy, sometimes there were even gifts exchanged, or songs sung together…
Moreover, tradition has it that football matches were played here and there between enemy teams. However, evidence of these matches in the sources remains scarce. The most certainty relates to a football match in Messines. There, German and British soldiers climbed out of the trenches for a game of football. A few reliable references to this event can be found in both British and German sources.
Nevertheless, there was certainly no question of a Christmas spirit everywhere. In many places, hostilities continued uninterrupted. The newspaper ‘Le Bruxellois’ quoted a German source on 30 December 1914, in which a serviceman sketched a much grimmer picture. In his section, sentries were doubled out of fear of a surprise attack. Everyone kept their weapons at the ready. In the distance, they could hear the guns pounding at Ypres. There too, the battle carried on as usual.
By 1915, the Christmas truces had already grown much more rare, and disappeared entirely in subsequent years. Army command ensured that there was no fraternization with the enemy. Besides, bitterness about the war had increased too much amongst most of the troops.