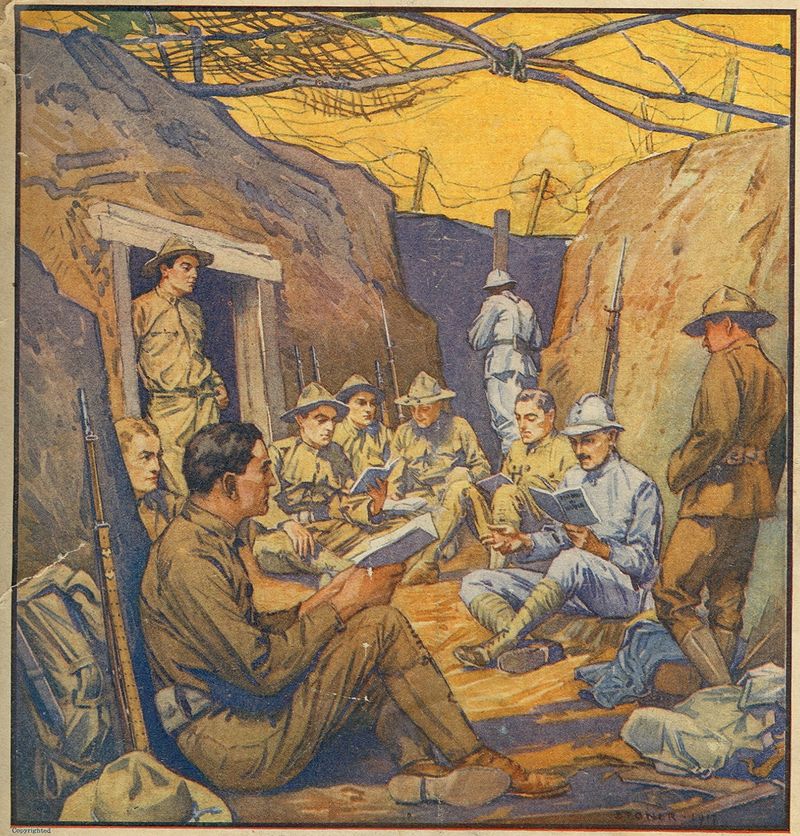 For most of the foreign soldiers at the Western Front, keeping in touch with friends and family was relatively easy. They wrote and received letters, and some used their leave of absence to make quick visits home. Most Belgian soldiers did not have those options, as they were cut off from their loved ones in occupied Belgium by the front line. For them, direct contact with home was impossible for four years.

With the stabilisation of the front line, hope of a swift end to the conflict vanished. The realisation of this only fuelled the Belgian soldier's longing for news from home. They were desperate to know how their friends and families, their villages or towns were coping. In order to address this need, the first soldier newspapers soon appeared, written by and for people from the same village, region or community.

The papers collected news items from the home front, usually sourced from letters that had made their way behind the front line via the Netherlands and England. Major international news stories did not make in into the soldier newspapers, which contained mainly trivial, local news, ranging from village weddings and deaths to the price of eggs and bread. In addition, the papers allowed their readers to share their experiences with fellow-soldiers, by publishing travel stories of a trip to Lourdes during leave and personal accounts of life in the trenches. They were also the ideal medium for setting up informal gatherings. Announcements of upcoming get-togethers of people from the same region or village were a regular feature.

Army chaplains were often the driving force behind the soldier newspapers. They used the medium not only to quench their reader's thirst for news, but also to push their own Catholic agenda. As a result, most soldier newspapers have a highly moralising tone, continuously warning the soldiers of degeneracy and moral decay at - and especially behind - the front.