An assassination that set the world alight: the attack on Franz Ferdinand on 28 June 1914 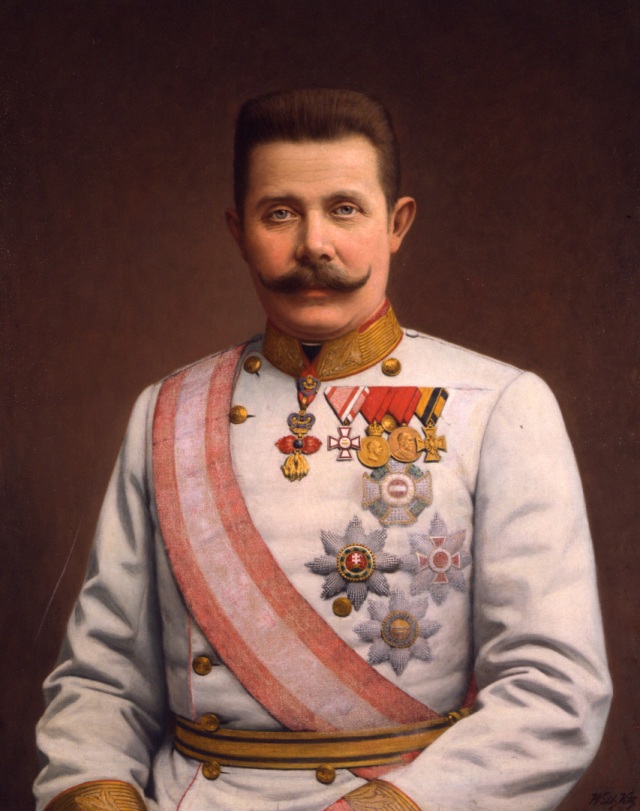 An assassination that set the world alight: the attack on Franz Ferdinand on 28 June 1914

Redactie 03 September 2015 1
On 28 June 1914, the heir to the Austro-Hungarian throne, Franz Ferdinand, was assassinated in Sarajevo.
Sarajevo was the capital of the Austrian province of Bosnia. Austria-Hungary was a multi-ethnic state, which was under extreme pressure because of nationalistic tendencies. Part of the Bosnian population supported the neighbouring independent country of Serbia in its attempt to unite all Slavic peoples into one state. The visit of the crown prince on the anniversary of a historic defeat for the Serbs was viewed by Bonsian-Serbian nationalists as a provocation. The assassination was devised by the nationalist movement, the Black Hand. After two failed attempts, Gavrilo Princip managed to fire his pistol from close range. Both Franz Ferdinand and his wife were killed.
Austria-Hungary suspected that Serbia was behind the attack and sent the so-called July Ultimatum to Serbia, which included the demand that Austrian officers thoroughly investigate the case in Serbia. Serbia did not agree with the ultimatum, whereby Austria-Hungary declared war on this small country. They hoped to suppress the nationalistic tendencies of the Slavic peoples in their own country with a swift war.
However, because of the alliances that the various European countries had formed with each other, the declarations of war followed one another in rapid tempo. Russia came to Serbia's aid, Germany offered help to Austria-Hungary and so declared war on Russia's ally France. The attack on Franz Ferdinand on the 28th of June 1914