A new role for women? 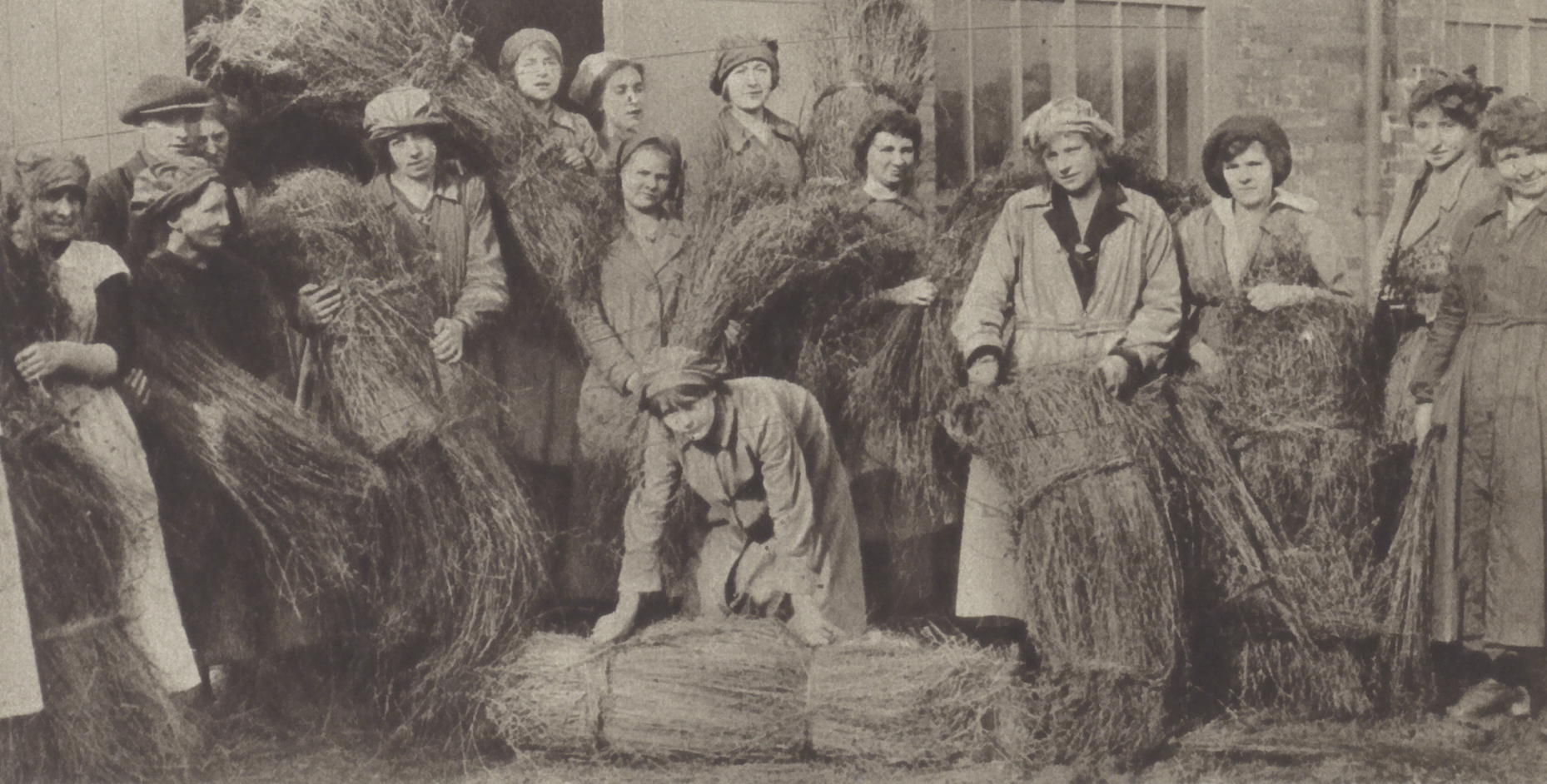 A new role for women?

In Great Britain, the army swallowed up an important part of the male workforce during The First World War. Women often took over their work in the factories, or in the fields, temporarily. However, the efforts of women had little impact on their post-war role. In Belgium, the scope of the employment of women in the war industry, and in the so-called male professions, was very limited.

Belgian women in the war industry

In contrast to Great Britain, the largest part of Belgium was occupied territory. The factory closures caused by the German occupation caused mass unemployment. Therefore, there was no question of replacing men. Moreover, a number of sectors in which many female factory workers were employed, such as the textile industry, were almost completely brought to a standstill.

Just as before the war, work for women was of a temporary character: they worked for as long as the war lasted, or as long as they were not married. Most sectors that they worked in (the lace industry, as a serving maid, etc) offered little perspective.

In the case of compulsory employment in Germany, which the occupier introduced in October 1916, women remained untouched. A very small number of women were given mandatory employment in Belgium repairing roads, working on the land, on railways and at airfields. Activity in the small area of unoccupied Belgium – on and behind the Yser front – was likewise negligible. A real war industry did not develop. The role of women remained limited to the repair of war materials, such as clothing and weapons. At the front, women found work in field hospitals, laundries, workshops, eating-houses, shops and sometimes prostitution.

A half a million Belgians spent the war in exile abroad. There, women performed their traditional care giving tasks in the refugee camps, sometimes organised collectively. A few were also recruited for the British and French war industries, the sewing shops and nursing. Just as for their British and French companions, this work bore the connotations of temporary and exceptional.

For a few women, the war did offer new opportunities. Often, they came from the higher social classes, such as the nurses at the front. In occupied Belgium, women played an important role in aid and charity. They had little say in the official aid organisations, but took on a great deal of the practical work – putting together food parcels, making soup, and distributing goods.

For individual women, these new forms of employment meant taking a step outside the home and into the public arena. They acquired experiences and learned new skills. Perhaps they were inspired by their experiences after the war, in the choices they made for themselves or for their daughters. Nevertheless, little changed for the majority of women. In contrast to the Belgian men – who achieved ‘universal’ suffrage after the war – nothing changed in the legal and societal status of women after the war. On the contrary! The post-war desire for peace, quiet and normality strengthened the traditional interpretation of the role of the woman as mother and wife. A good number of women worked, but were still seen primarily as (future) mothers. Universal female suffrage had to wait until 1948. Women during the Great War