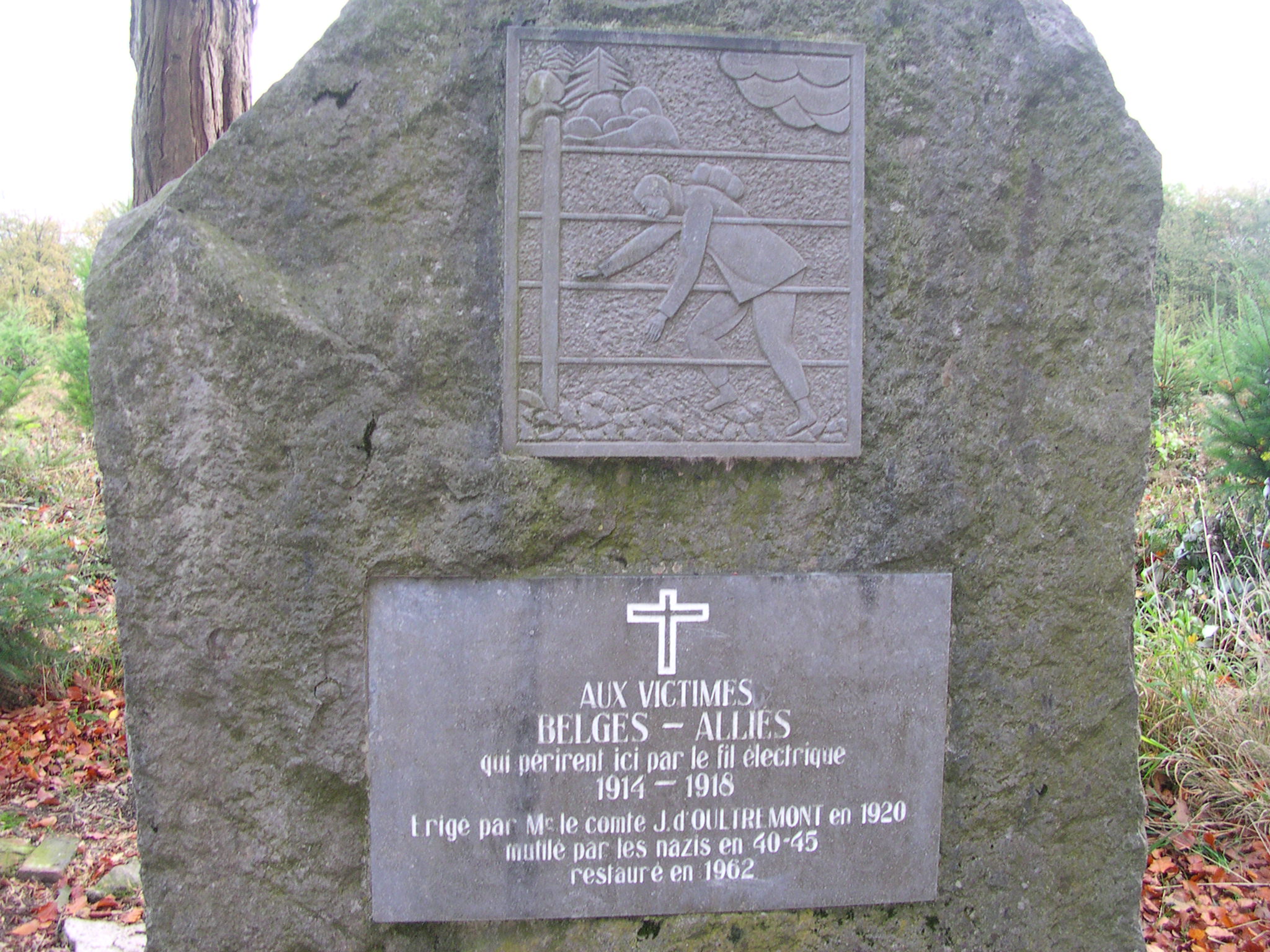 From the beginning of the war, the border with the neutral Netherlands had bustled with activity. Almost immediately after the occupation, the German authorities sealed off the border to the Netherlands with barbed wire. The Germans wanted to prevent Belgian war volunteers from reaching the front via the Netherlands, and at the same time to call a halt to smuggling.

In the spring of 1915, the barbed wire was replaced with an electrified fence. This wire fence carried a deadly current and closed off the border between The Netherlands and Belgium for over 300 kilometres. In some rural villages, many people were not yet familiar with electricity, which led to quite a few tragic accidents in the early stages. Therefore, the fence quickly acquired the name ‘Death Wire’.

Sometimes, the border was not entirely adhered to. This gave rise to considerable areas of no man's land, where the population was ‘imprisoned’ between the death wire
on the one side and the Dutch border on the other. The local population called this no man's land ‘the chicken coop’.

Even though the fence was also strongly secured with guard posts and patrols, some 25,000 people were still able to cross the border illegally. German soldiers were bought off, ‘ferrymen’ helped people to cross the border by moving away the electrified wire with a stick or plank. Others even used a pole to jump over the wire, or crawled underneath it. Unfortunately, things often went wrong. Estimates run to hundreds of victims. After the war, the wire was torn down almost immediately.

Reconstructions of the Death Wire can be visited at the Karrenmuseum in Essen, Hamont-Achel, De Klinge and Zondereigen (Baarle-Hertog), where you can even follow a Death Wire Trail or cycle along the Death Wire Route.

Reconstructions can be found in Hamont-Achel, Essen, Baarle-Hertog and De Klinge. The Wire of Death