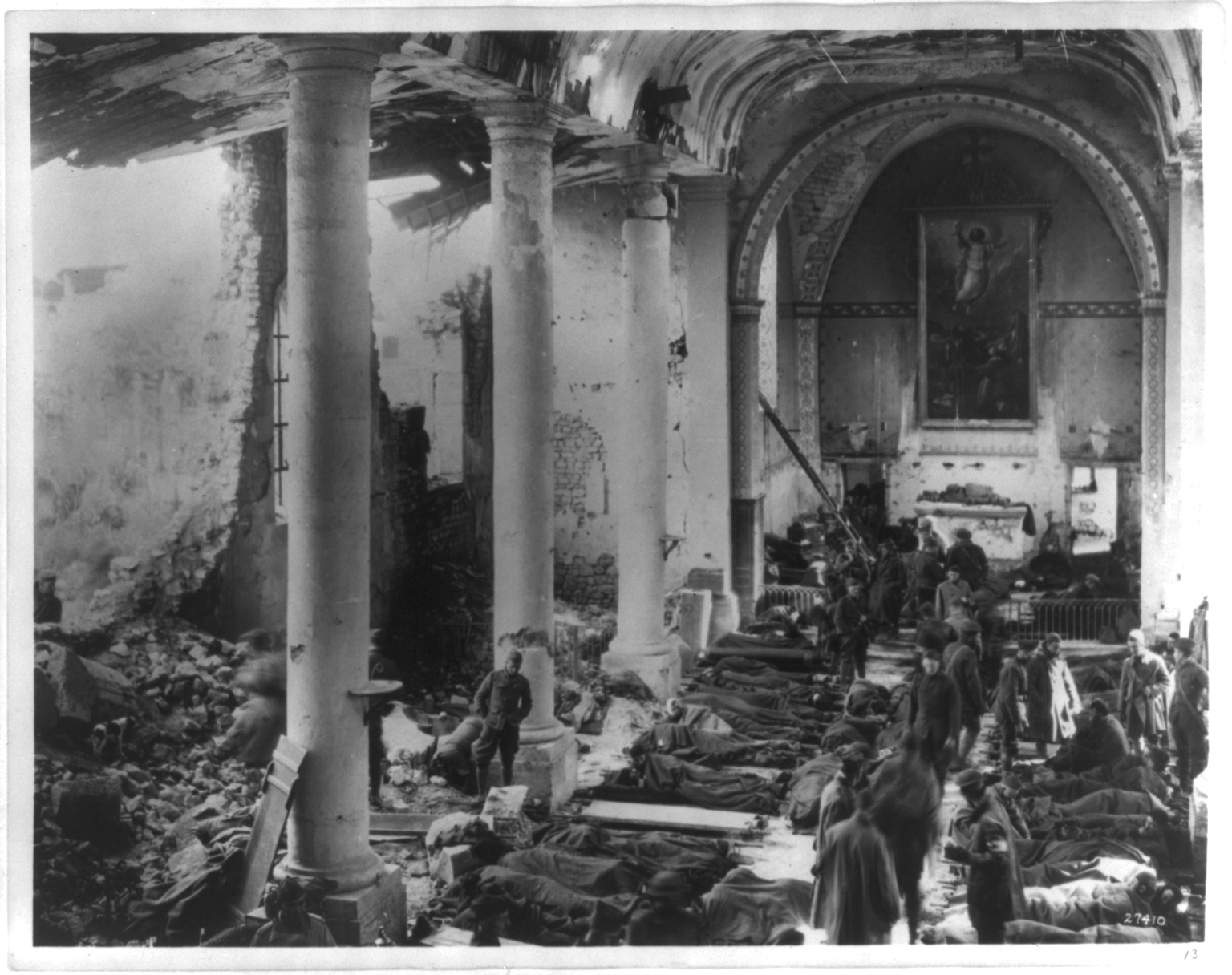 At the outbreak of the First World War, the American president Woodrow Wilson decided that the United States should stay neutral. A series of diplomatic and military incidents gradually made this neutral stance untenable, and on 6 April 1917, Wilson asked Congress to declare war on Germany.

From that moment on, the US were officially at war, though it would take a while before they actually had any ‘boots on the ground’ on the European continent  ̶̶  the logistics involved in a military operation on the other side of the ocean took an enormous amount of preparation. Among other things, hundreds of new ships needed to be built to take the American soldiers to French ports. The first American army units arrived in France in June 1917. General John Pershing commanded the troops, which were called the American Expeditionary Forces. The Americans were fresh and energetic, but because of British and French concern about their lack of experience and unfamiliarity with the terrain, the first American soldiers were deployed under French command.

At first, the American military presence left the Germans unperturbed; the scales had just tipped in their favour after they signed a peace treaty with Russia in the spring of 1918, allowing the transfer of a massive number of troops from the East Front to the west. The decision of the US to join forces with the Allies was therefore not an immediate turning point.

But the American troops increased rapidly. In the Summer of 1918, General Pershing had over a million soldiers at his disposal in Europe, and their number kept growing. By the end of the war, two million American soldiers were fighting in WWI. They played an important role in the final Allied offensive.

This army cemetery is the only American cemetery in Belgium for fallen First World War soldiers.