A Banquet for Activists 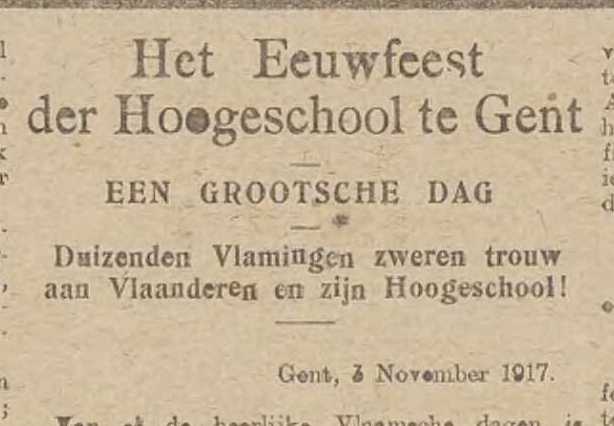 A Banquet for Activists

At the request of Flemish Movement activists, the German occupying force reopened the University of Ghent in 1916, this time with Dutch as the language of instruction rather than French. The German interference went against the grain of many professors, and only a limited number of students enrolled. In spite of that, the 'Flemish Academy' stayed open.

In the second academic year under German rule, the university celebrated its first centenary. On 3 November 1917, a procession of 200 students carried banners through the streets of Ghent, and around sixty professors took part in a lavish banquet in the presence of the German army command. University president Peter Hofmann contributed to the festivities with a militant speech in which he drew an explicit parallel between the destiny of the Flemish Academy and that of Germany. 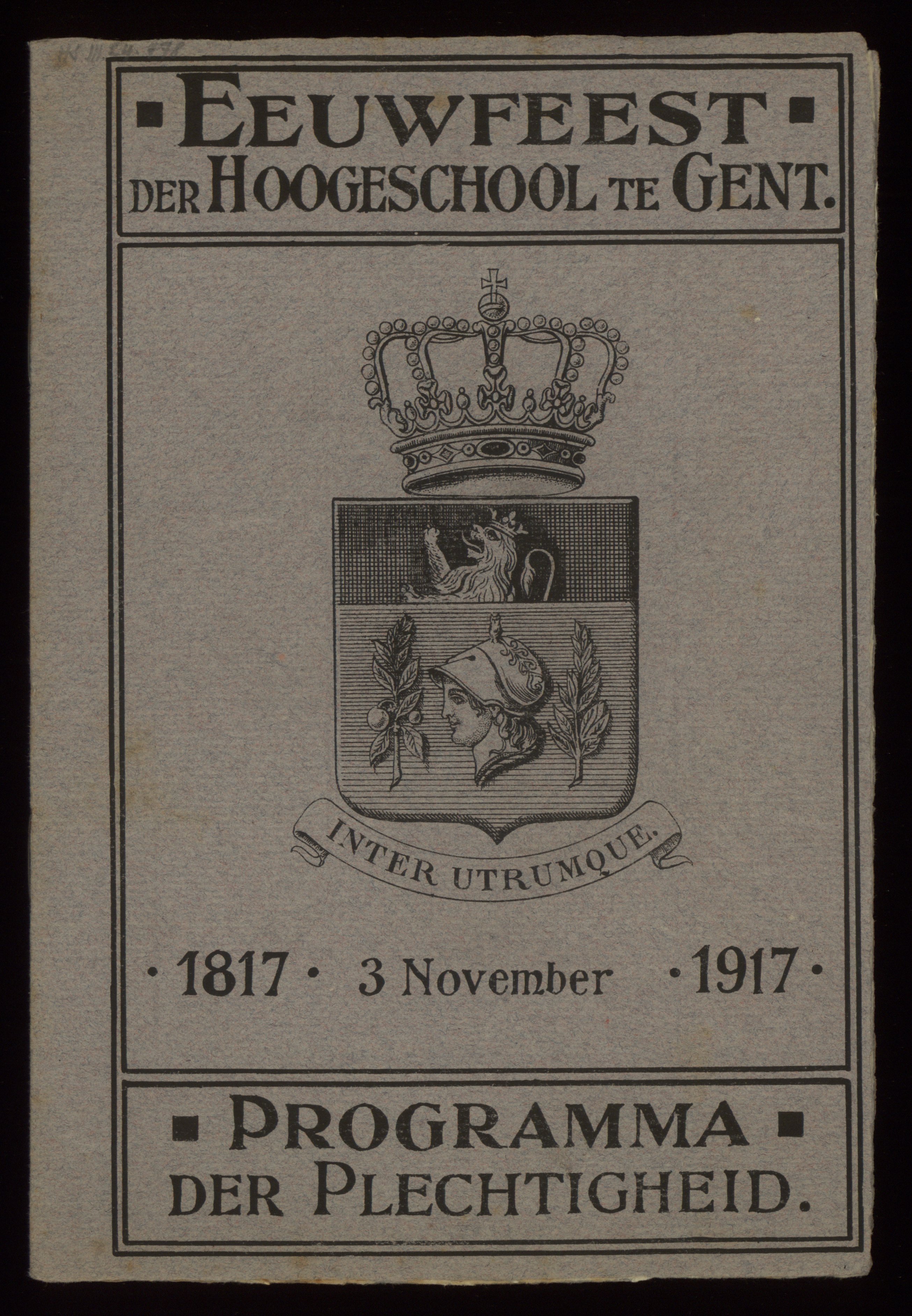 The programm of the centenary (Collecton of the University Archive Gent)

Activist newspapers applauded the Academy’s success and described the celebrations as a festival for the whole town. The articles' optimism was not completely unfounded, as the period in which the banquet took place marked a turning point: the threat of forced employment was causing enrolments to rise. But not everyone was celebrating. While the professors were enjoying a feast accompanied by choral music, the people were going hungry. It caused a lot of bad blood – Virginie Loveling described hungry townspeople watching the students parade through the city with clenched fists. And although the Academy's foremost opponents had all been arrested, there was also ideological opposition, as most Flemish radicals refused any kind of cooperation with the Germans. In their view, working at the Academy was equal to treason, and anyone taking part in the German banquet deserved to be punished.

After the war, the courts adopted this view. In its nationwide hunt for collaborators, the government came down hard on the revellers: participation in the centenary celebrations and the banquet are explicitly noted as incriminating circumstances in the trial documents of activists.

This year, Ghent University celebrates its 200 year existence. An overview of the festivities can be found on their site:  https://www.ugent.be/200/nl/programma