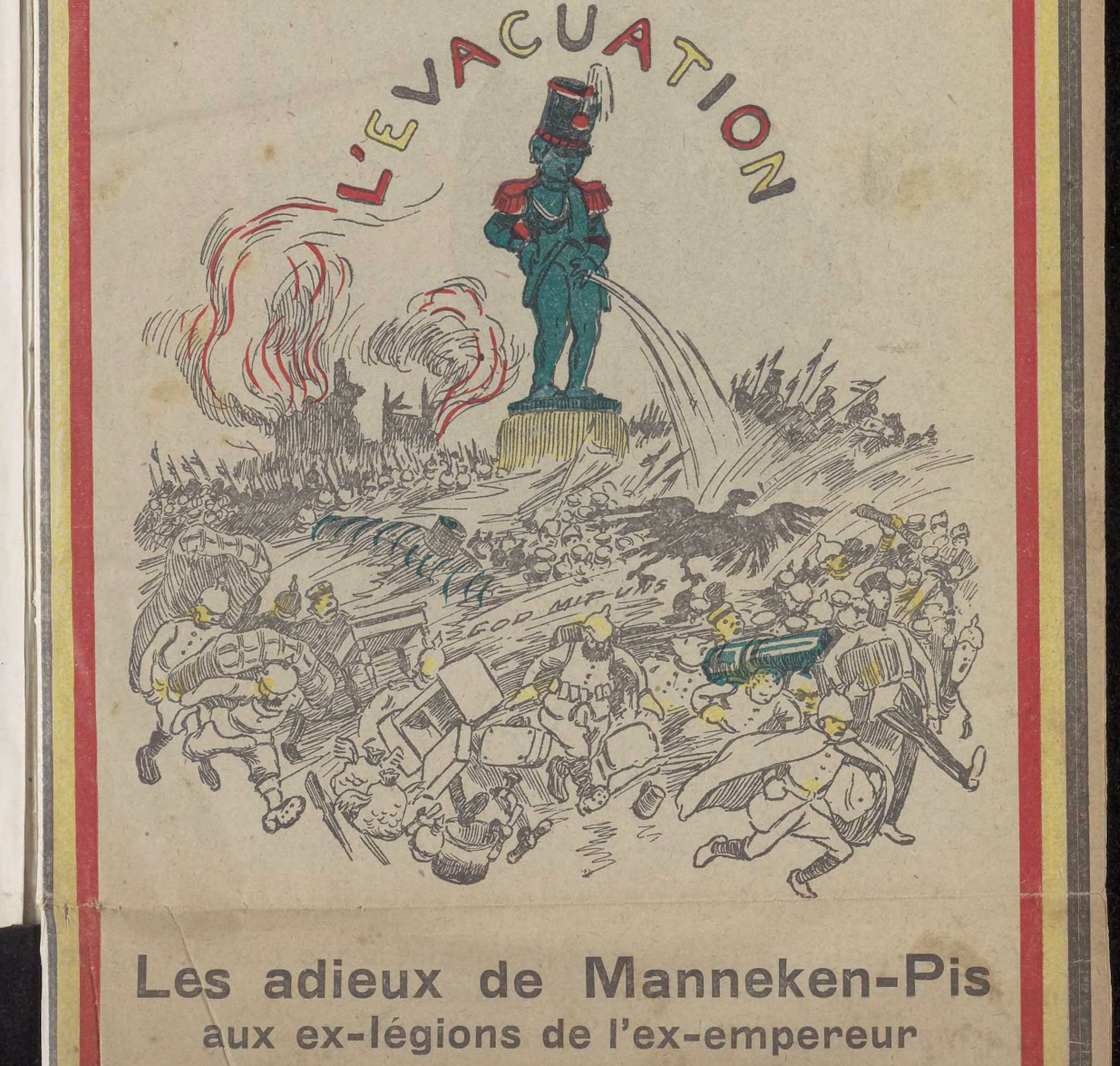 Today, the many political cartoons from the First World War are an interesting source of information about the war years and the general perception of this period. However, it is important to remember that an effective interpretation of the cartoons takes some background knowledge, as they are based on their own unique imagery. The cartoonists made use of metaphors, implicit comparisons, in which the war is depicted as a game of bowling or a crawling turtle, or which showed the then rulers dividing the world like a cake and sharing it out among themselves.
In order to make the prominent figures and rulers more recognisable - and to poke fun at them - the cartoonists exaggerated their physical characteristics. For instance, the corpulent Queen Victoria was drawn several sizes larger, and Wilhelm II sported a disproportionately huge moustache. This magnification of physical features often went hand in hand with stereotypical generalisations and exaggerations of personality traits. The German Crown Prince Wilhelm, for example, was consistently depicted as a layabout or a spoilt brat, and his father, Wilhelm II, as a senile old man.

"La France, l’Angleterre, la Russie, la Belgique, la Serbie… mon vieux je crois que nous nous sommes fait bien des ennemis", Patrie!, 01/06/1916.
Besides the existing world rulers, symbolic characters also played a role. France, for example, was symbolised by a cockerel or the Marianne figure, the latter often wearing a Phrygian cap. A lion or the stocky figure of 'John Bull' personified Great Britain. The Russian bear was usually depicted either giving or receiving a sound beating, depending on the cartoonist's viewpoint. Allied propaganda reduced the Germans to pigs in spiked helmets or dangerous, wild apes. The warring parties generally depicted each other as demonic and completely unreliable beings; opponents appeared in political cartoons as giant octopi wrapping their tentacles around the continents.
The cartoons also included symbolic depictions of abstract concepts - besides Peace and Heroism, Death made a regular appearance in often bitter cartoons. In the figure of a skeleton, he watched as declarations of war were signed, or raced over the battle field with the troops.