A Pint Brewed from Treacle and Pigeon Feed 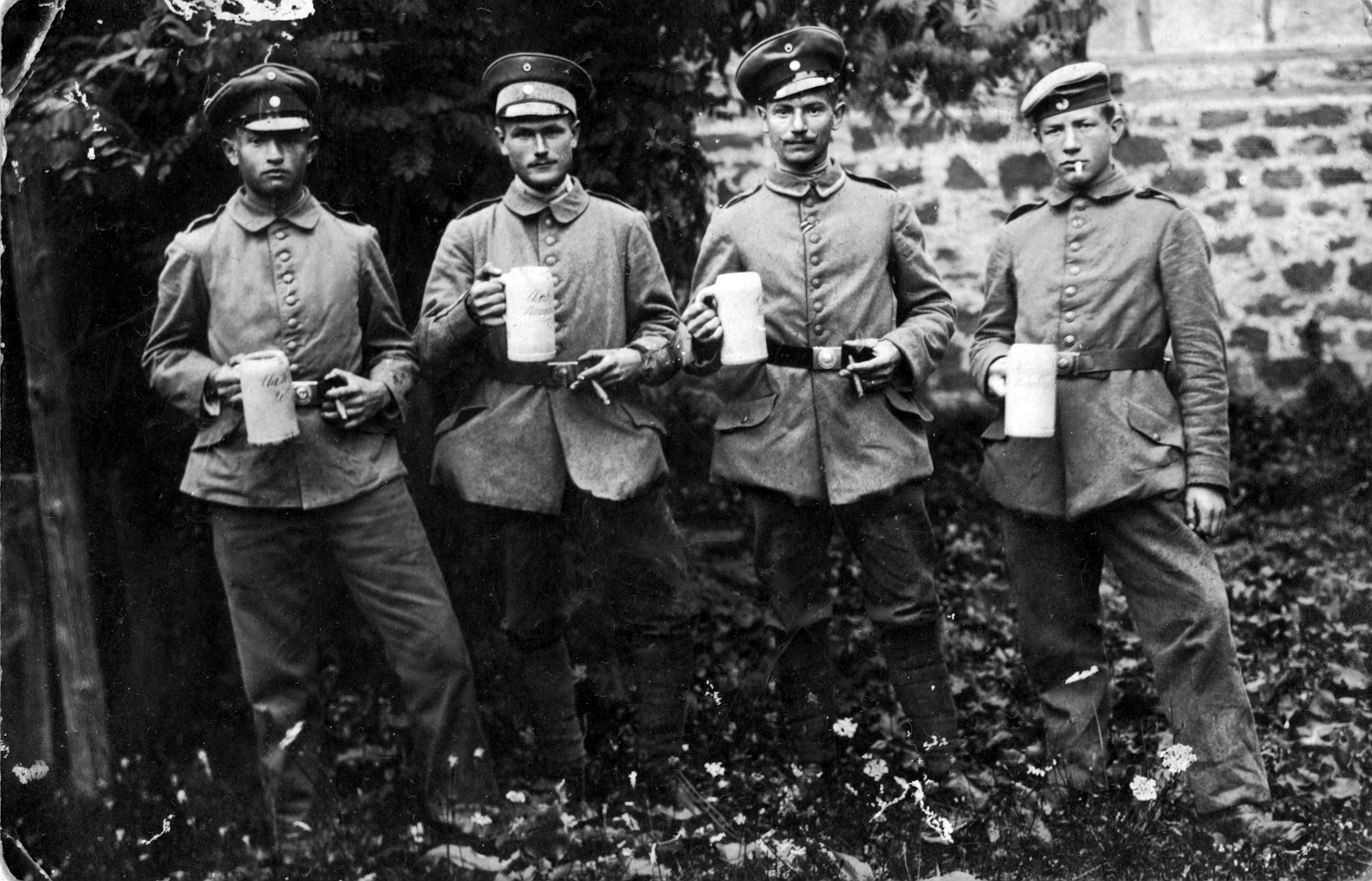 A Pint Brewed from Treacle and Pigeon Feed

The First World War had a devastating impact on most economic activities in Belgium. The breweries in the unoccupied part of the country behind the front formed an exception, however – they flourished, thanks to an explosive population growth in the region during the war years. This growth consisted of soldiers of various nationalities staying behind the front as well as many thousands of Belgian refugees who had found temporary accommodation in the area. They created such a huge demand for beer that the breweries were barely able to meet it.

On top of already having limited capacities, the brewers were sometimes forced to temporarily give up their equipment: the yeast vats were perfect for soldiers to take a bath in, or get rid of lice. Days later, the vats were simply used for brewing again! Only the breweries close to the front were really affected by the fighting, as they risked being hit by shells.

The situation was completely different in occupied Belgium, where brewers suffered under the yoke of German occupation. The Germans requisitioned all kinds of material for the war effort – even horses, which were hugely important to brewers for the supply of raw materials and the delivery of beer, were confiscated. The situation became even worse from 1916, when the Germans started to show an interest in the copper hop boilers. Copper was a metal used in hand grenade shells, and the Germans systematically dismantled a large part of the brewers' machinery.

Even those lucky enough to be able to carry on brewing ran into problems. Raw materials became scarce, not least barley, the main ingredient of beer. Brewing became a creative challenge. A recipe for 'war beer' lists a whole series of products you would not usually find in a pint. The beer you were served was likely to contain treacle, maize, spelt and even beans grown for pigeon feed. Cheers!