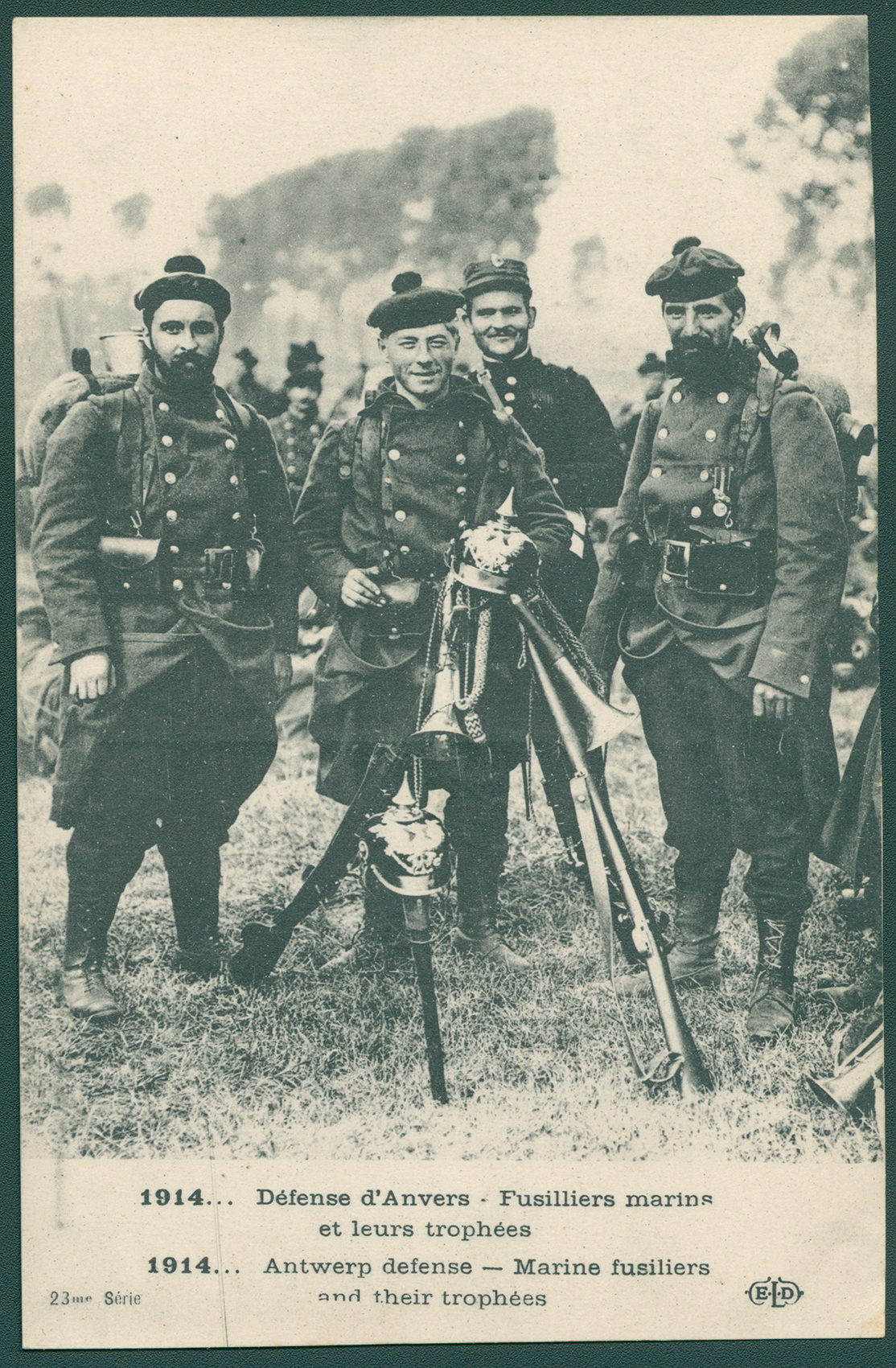 From the middle of the 19th century, Antwerp had occupied an exceptional position in the military defensive plans. The government and the army command had decided to transform the port into a National Redoubt; a fortified stronghold into which the army, the king and the government could withdraw when threatened by war, and there wait for help from foreign allies.

In order to defend Antwerp, eight forts were built around the city, in a semi-circle between Wijnegem and Hoboken. In a later phase, a second ring of forts followed at the level of the Rupel and the Nete rivers. This double ring of forts made Antwerp an impregnable city on the eve of The First World War, or so everyone believed.

Germans on the march

Shortly after the German invasion, and the Battle of Liege in August 1914, it was clear that the Belgian army was no match for the German troops. King Albert decided to withdraw his soldiers to the National Redoubt. The government, members of parliament, and quite a number of foreign diplomats also took up residence there. The Court was installed in the royal palace on the Meir.

At first, the Germans left Antwerp alone. Their main objective was to get to Paris as quickly as possible, and the most logical route ran some way to the south east of the port. As far as they were concerned, further confrontations with the Belgian army were unnecessary. The Belgian troops, entrenched in their Antwerp stronghold did, however, organise attacks from the end of August against the Germans who were on the march to France.

The military forays from Antwerp and the halting of the German advance on the Marne ensured that the German army command eventually focused its attention on the Antwerp stronghold after all. On 28 September, the Germans began to attack the outer ring of forts, with heavy artillery fire directed at the forts of Walem and Sint-Katelijne-Waver. It quickly became clear that the forts were unequal to the German mortars. Even hastily supplied reinforcements of 2000 British marines could not turn the tide. On 5 October, German troops crossed the Nete River close to Lier. Impregnable Antwerp had suddenly become a very vulnerable city.

In order to prevent the entire Belgian field army from being surrounded by German troops, the soldiers had to leave Antwerp as quickly as possible. On the night of 6 to 7 October, the army crossed the Schelde, partly via a temporary bridge between the Steen fortress and the Left Bank. Only the garrison troops (who were manning the forts) remained behind to defend the city for as long as possible, so that the field army would have the time to withdraw to the coast.

The population of Antwerp fled en masse. After all, it would not be long before the city fell into German hands, as everyone realised. Young and old assembled on the Scheldekaaien to escape by boat or via the temporary bridge. Others left for the Dutch border on foot or by cart.

Meanwhile, the Germans bombarded Antwerp continually, and the garrison troops also had to abandon their positions. Any further defence of the city was pointless. On 9 October, the city administration sent a delegation to the German commander to sign the surrender.