An army of the unemployed? Forced labour 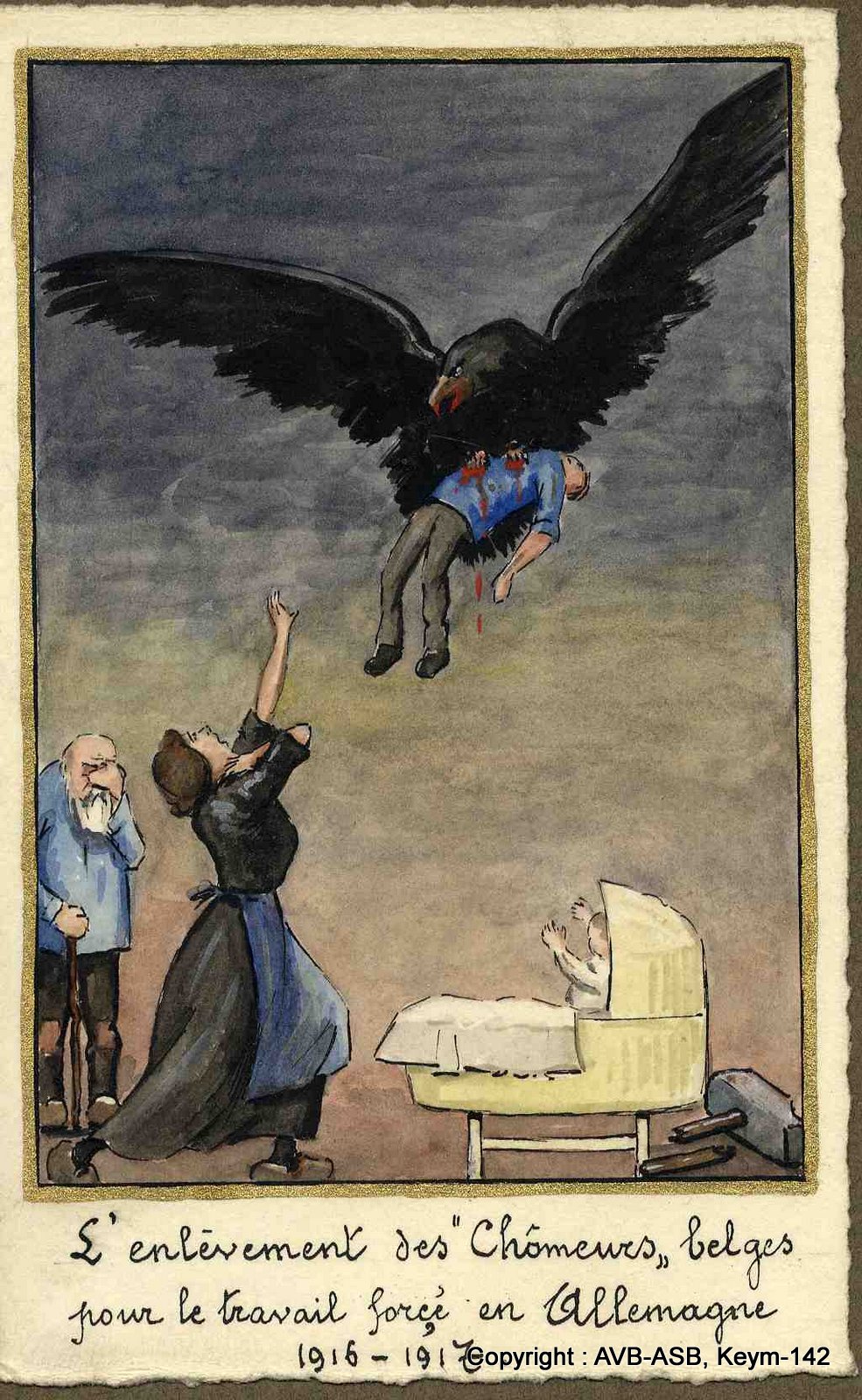 An army of the unemployed? Forced labour

Redactie 29 April 2016 1
As the war lasted, the German economy grew short-handed. At the same time, the economy in occupied Belgium had all but ground to a standstill, as a result of which there was enormous unemployment. The German high command came to see the Belgian unemployed as a way of keeping the war economy running.
Initially, the Germans tried to tempt the Belgian population into working voluntarily, with the promise of good pay and a good life. But only a small number of willing workers presented themselves. Therefore, from 1916, the occupier conscripted the unemployed for forced labour.
Some of those called up would work in German factories, or in agriculture or forestry. Others had to perform heavy work close to the front. Conditions for them were often worse: they were under strict military supervision and often worked within range of the allied bombardments.
The heavy work, the poor living conditions and the reduced diet caused many casualties. Not only during the war, but also afterwards. Many men returned exhausted and weakened, and were an easy prey for the Spanish flu. Others died many years later because of chronic conditions that they had developed due to the hardships in the work camps.