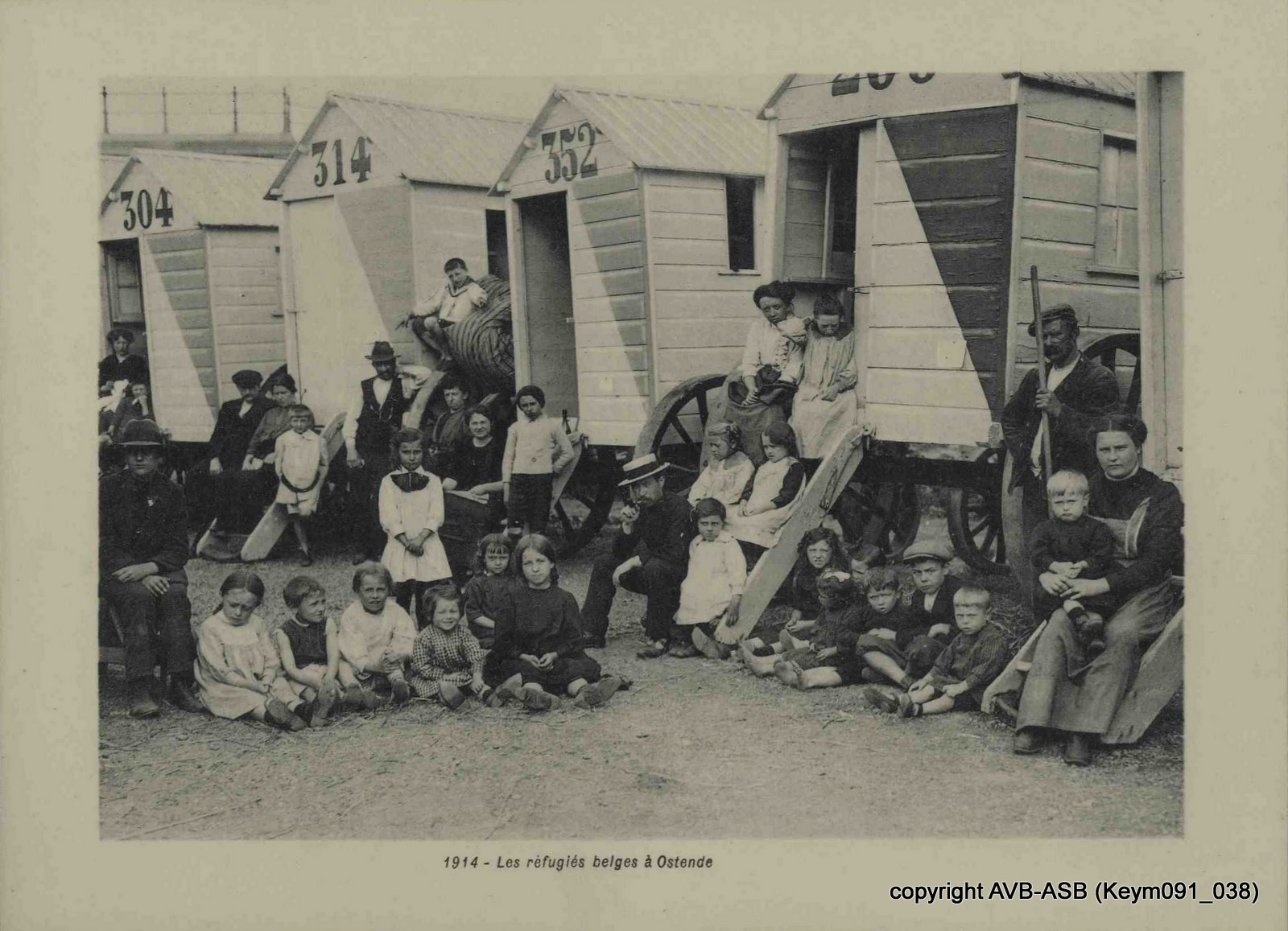 Driven out by horror stories and the advancing German army, millions of Belgians fled their town or village. Many ultimately reached the borders with The Netherlands and France or the Belgian coast, from where they travelled on to Great Britain.

After the fall of Antwerp, in early October 1914, it is estimated that a million Belgians crossed the border with The Netherlands. The majority of them returned to occupied Belgium after a few weeks or months. Anyone who had fled to France could not return because the front had stabilised. By the time of the armistice, it is estimated that there were 325,000 refugees in France, a little more than 160,000 in England and 100,000 in The Netherlands.

Initially, solidarity in the guest countries was very great. People saw it as a moral duty to offer help to the ‘poor little Belgians’, who were victims of the ‘German barbarism’. The relief offered by the state was supplemented by many private initiatives originating from all sections of society.

As the war went on, the solidarity with the refugees crumbled. They were viewed increasingly as profiteers, and minor cultural differences sometimes led to very far-reaching stereotyping. In spite of the inevitable friction, the scale of the solidarity should not be underestimated.

In France and England, many Belgian refugees took over the jobs of soldiers. Often, they ended up in agriculture and the war industry. Some even built up their own businesses. The majority of Belgians returned home after the armistice, others had meanwhile built up a life in the new guest country and remained there. In France in 1921, there were 60,000 more Belgians than before the war, in England only some 5000.