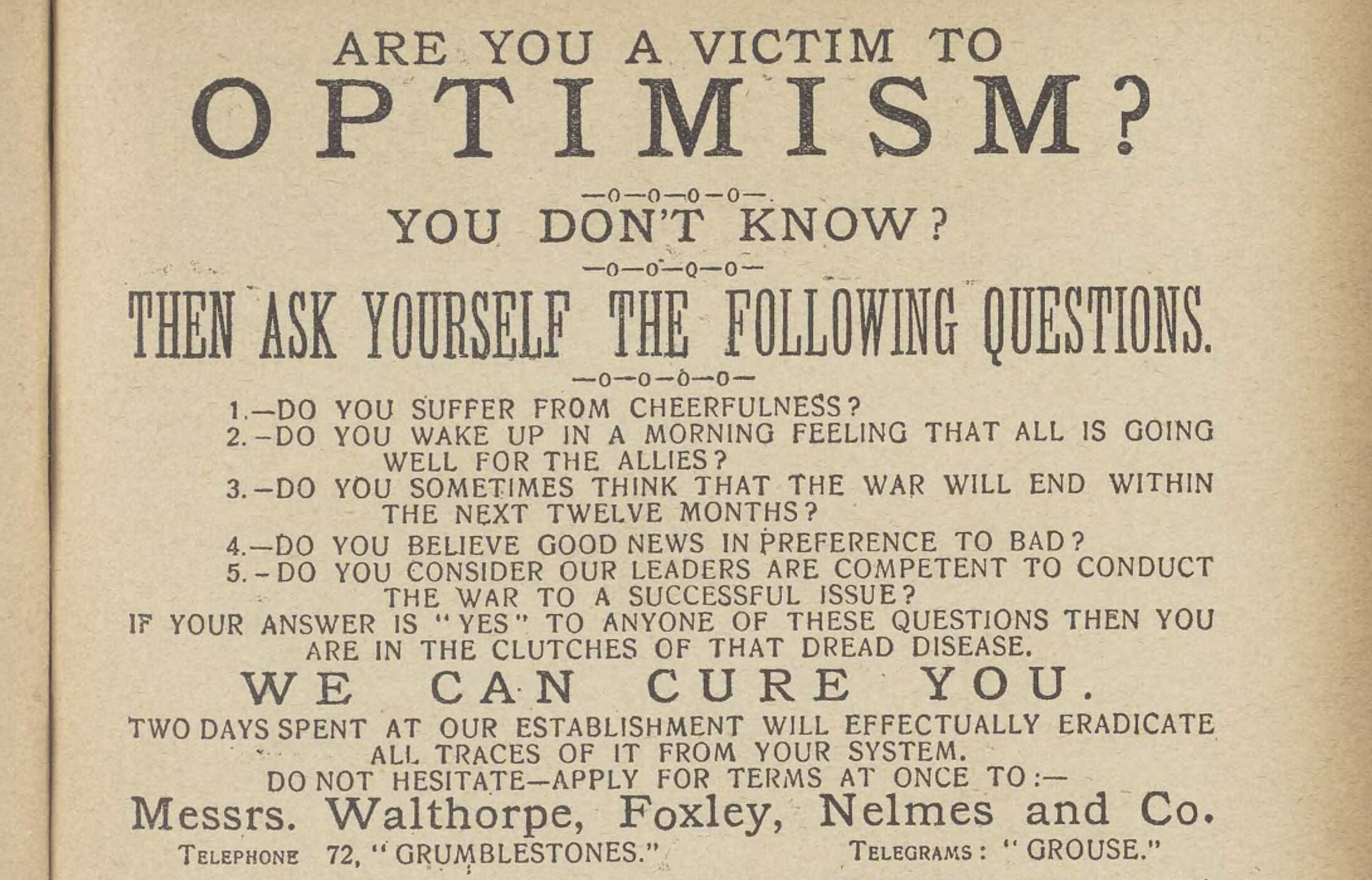 ‘Always look on the bright side of life’, the crucified messiah Brian and his fellow-sufferers sing in the final scene of Monty Python's notorious film, ‘Life of Brian’. Brian and his companions aren't the only ones to laugh about their own fate. Gallows humour is a widespread phenomenon, especially in times of war. Strange as it may seem to laugh about your own (or someone else's) misfortune, that type of humour does meet a psychological need. People in critical situations use it as a tool to cope with their powerlessness in the face of hopeless adversity. Gallows humour is a way of gaining control over a situation by adapting your attitude to your circumstances. You may not be able to control the situation you are in, but you can use your attitude to transcend it, as it were.

Of course, the effect of gallows humour varies greatly, depending on whether the jokes are made by the people in danger or by someone else. Many of the jokes told by the people most endangered during the First World War - i.e., the soldiers - have been lost because they were never written down. The soldier newspapers, written and produced by the soldiers themselves, are one of the few sources that remain. 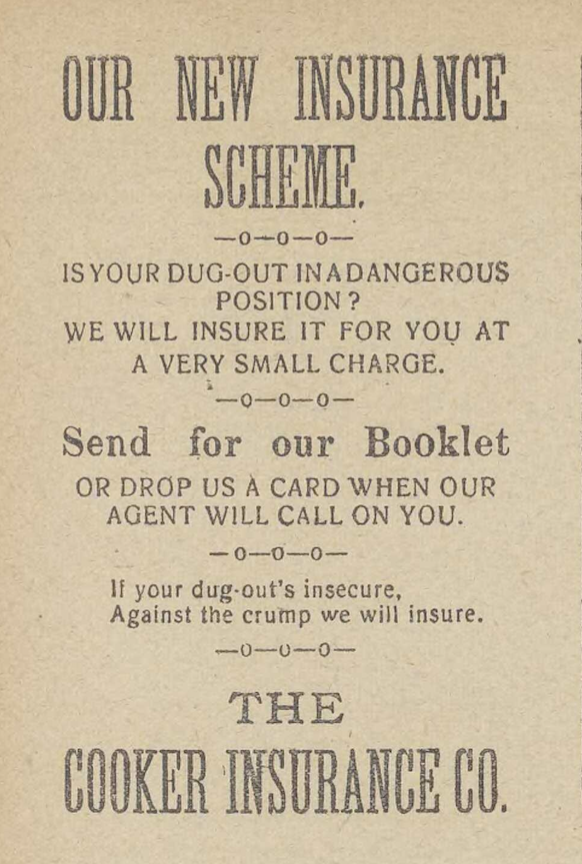 While a number of Belgian soldier newspapers published humorous articles, the most conspicuous example was the British 'Wipers Times'. The name is derived from the English pronunciation of Ypres. In February 1916, British soldiers found a printing press in Ypres, and decided to use it to publish their own humorous soldier newspaper. The paper, which has moments of satiric genius, comments on the war through fictitious news items and advertisements, among other things. One example of this is an advertisement for a building lot on Hill 60, a hill near Ypres and the site of several fierce battles. It was advertised as being ‘Bright, breezy & invigorating’, and having ‘an excellent view of historic town of Ypres’. De Wipers Times established itself as a newspaper that brought a smile to the faces of men who had precious little else to laugh about. 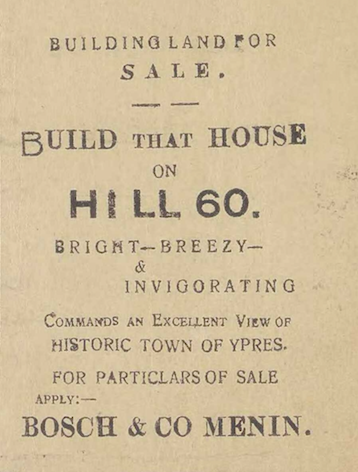