A century after her death, Mata Hari is still a household name. She is mainly remembered as a femme fatale, a dangerous double agent who used her sensuality to extract military secrets. Starting 14 October, the Museum of Friesland looks at the woman behind the stereotype.

It is no coincidence that a big exhibition on her life is about to open in Friesland. The exotic dancer, who charmed the Paris of the Belle Époque, was born Margaretha Zelle in a wealthy Frisian family. She married an army officer and followed him to the Dutch East Indies. The marriage broke up after the death of the couple's son, and the Dutchwoman moved to Paris, where she reinvented herself as the Javanese princess 'Mata Hari'. Paris audiences were enchanted by the mysterious character dancer, and the rest of Europe soon fell under her spell, too. Mata Hari received offers from Italy, Austria, Vienna and, fatefully, Germany. When WWI broke out, she moved to Berlin for six months. 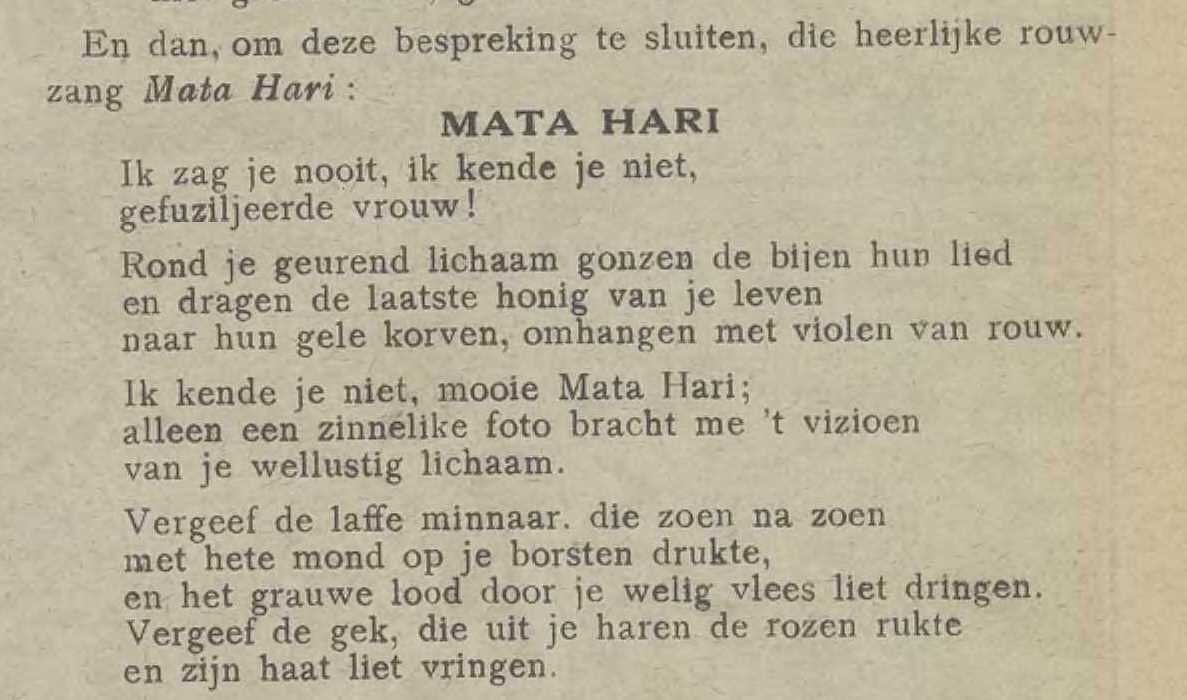 The rest of her history is not as clear-cut. What we do know, is that her journey to Germany and her many escapades with high-ranking army officials attracted the attention of the French government. In early 1917 she was arrested and charged with espionage and, after a very slipshod trial, sentenced to death. On 15 October 1917, she died before a firing squad in the woods near Paris. 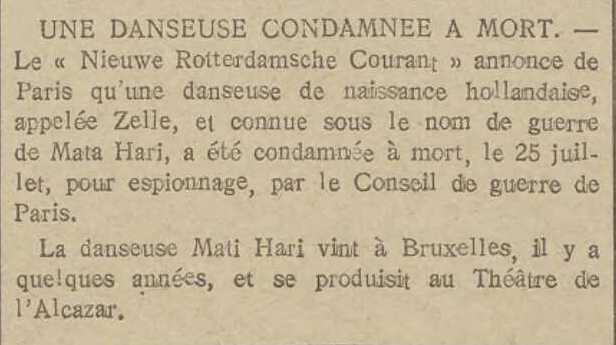 Whether Margaretha Zelle committed espionage, for whom, and to what extent, is unclear. She might just have become a plaything of propaganda warfare. The French were undoubtedly in need of a story to deflect attention from their military losses. Earlier this year, the records of her trial were released, but even after closer analysis of these documents, the role that Margaretha Zelle played – or was pushed into involuntarily – is likely to remain partly shrouded in uncertainty.

More information on the exposition Mata Hari, the myth and the maiden: https://www.friesmuseum.nl/en/see-and-do/exhibitions/mata-hari/ The end of Mata Hari