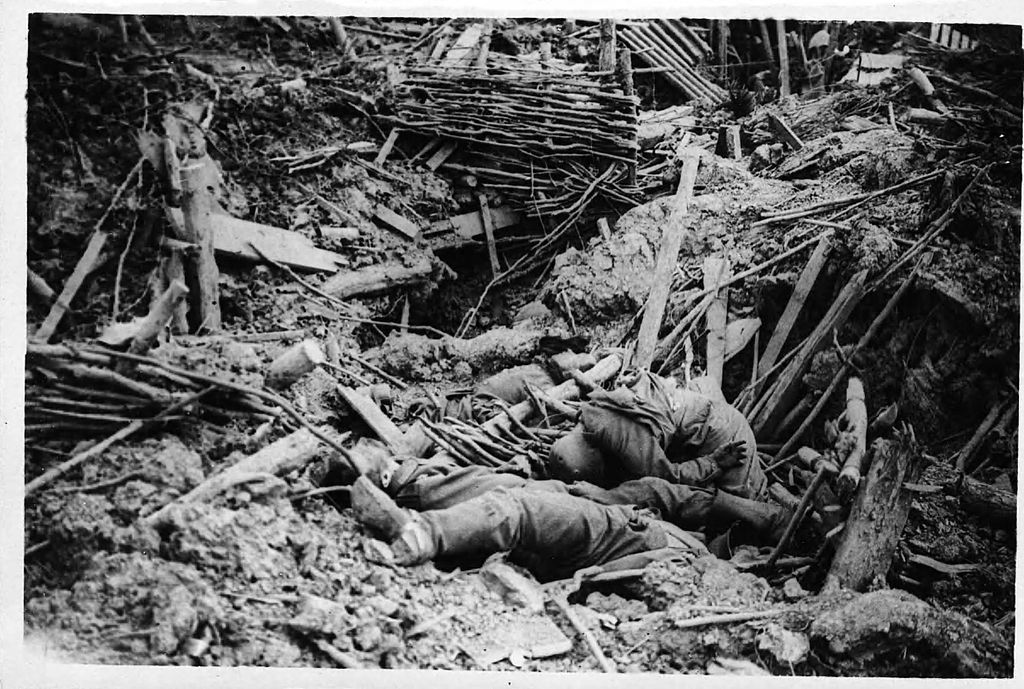 "Gentlemen, we may not make history tomorrow, but we shall certainly change the geography,"
General Plumer told his staff on the eve of the attack.

After several days of intense Allied shelling, everything suddenly fell silent at the German front at Messines Ridge near Wijtschate in the early hours of 7 June 1917. The Germans were surprised but opened fire regardless, until all of a sudden, huge explosions rang out, shaking the ground like an earthquake. Nineteen gigantic subterranean mines detonated beneath the German lines. The mine offensive at Messines had begun. The explosions plunged the German trenches into complete chaos, which the British used to launch a massive infantry attack.

The attack was carefully prepared. Led by General Plumer, the British troops had spent one and a half years tunnelling underneath the German positions. The Allies targeted the Messines area because the Germans had dug their trenches on the crest of a hill overlooking the British positions further to the north. The tunnels dug by the sappers lay about thirty metres below ground level and formed a network of over five kilometres. Sensing danger without knowing its full extent, the Germans were also digging tunnels to thwart the British efforts. But though they managed to collapse several tunnels and defuse some of the mines, they were unable to prevent the offensive. 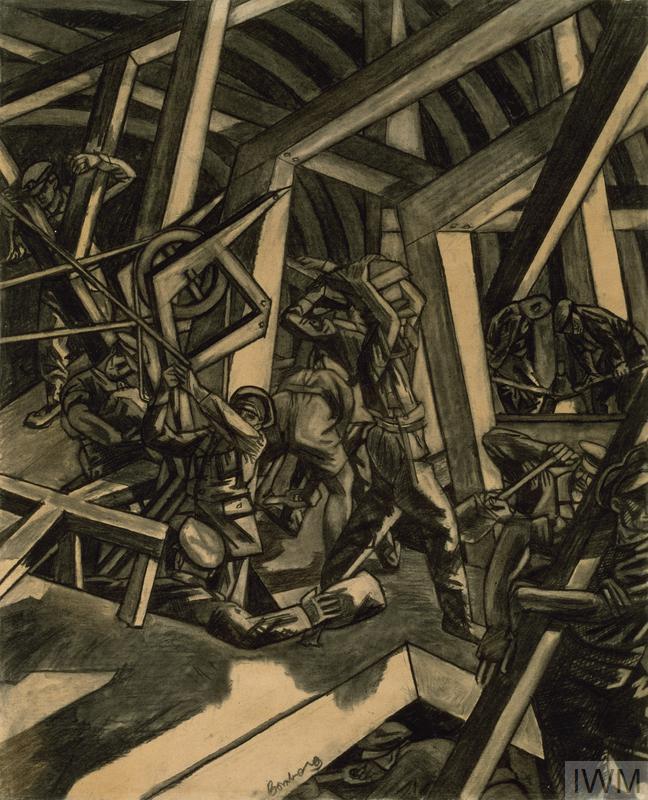 Military engineer and kubist David Bomberg painted the preparations of the detonation of the mine near St-Eloy (source: Imperial War Museum,

The Allied army command considered the attack a great success. The ridge was captured and the front actually pushed back by seven kilometres, quite a feat after years of deadlocked trench warfare. Moreover, it was the first offensive in which the defender suffered heavier losses than the attacker, though the British also lost as many as 25,000 dead and wounded in a battle that lasted little more than a week.

The ‘Pool of Peace’, or Spanbroekmolenkrater, is a (submerged) crater 12 metres deep and 75 metres across that was formed by an exploding landmine.
Kruisstraat, 8953 Heuvelland