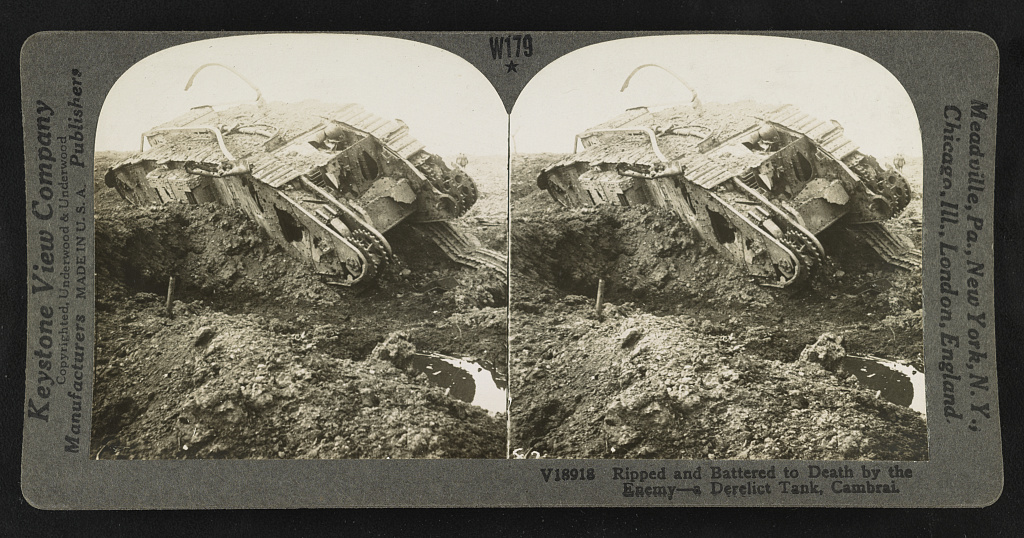 The First World War quickly got bogged down in a trench war whose front lines barely moved, and which had all warring parties frantically searching for ways to break the stalemate. Independently of each other, the French and British hit on the same idea: motorised, armoured vehicles armed with machine guns and cannons. Such 'tanks', as the British called them because of the prototypes' resemblance to water tanks, were fitted with caterpillar tracks so they could drive over difficult terrain. The designers had borrowed the idea from the American tractors that were used at the front. Thanks to their special equipment, the tanks were expected to force a breakthrough in difficult and heavily defended terrain without the unacceptably high number of casualties claimed by infantry charges. 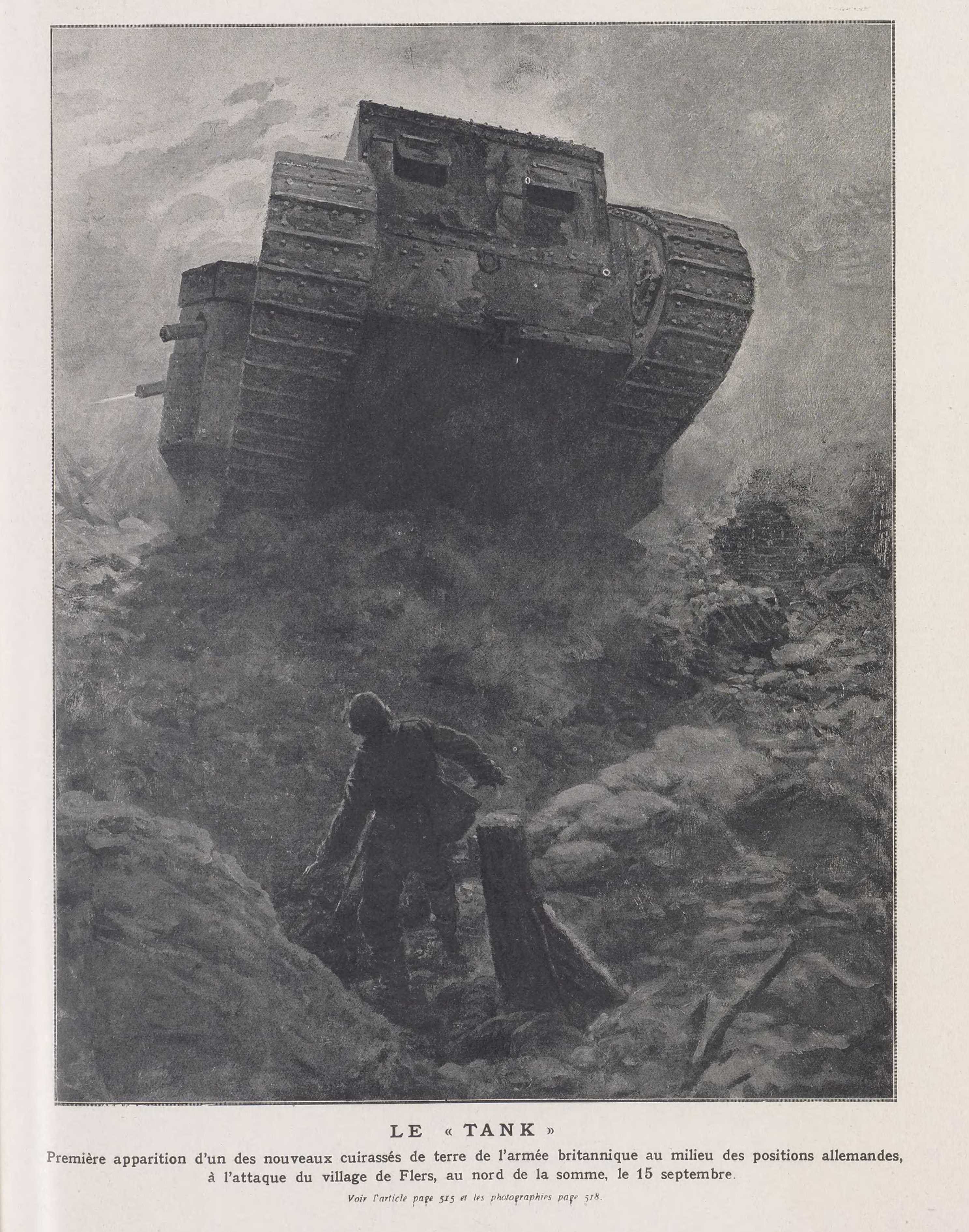 In September 1916, the Allies conducted the first - very small-scale - tank trials on the battlefield. They were followed by sporadic experiments, but none were really successful. Either the number of tanks that could be deployed in battle was too small or the ground was unsuitable for tank attacks. This changed in November 1917 at the Battle of Cambrai. Banking on tactical surprise, the British launched an attack on the German lines near the town of Cambrai - an unexpected spot, as it had previously been a quiet part of the front where the Germans had had plenty of time to fortify their lines. 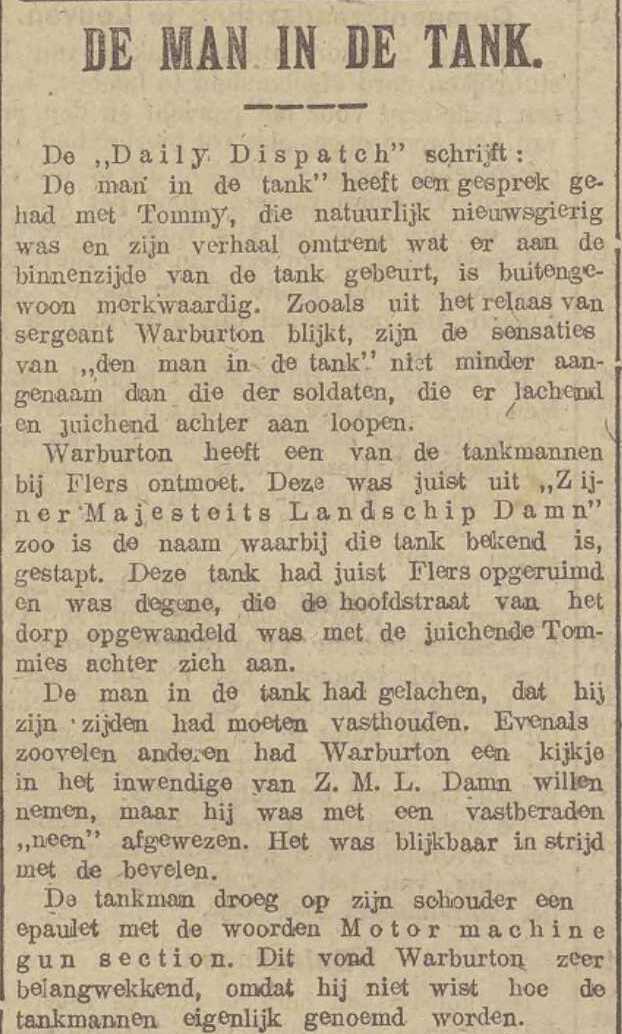 At break of dawn on 20 November, over 400 tanks attacked the Germans. They forced a breach of over ten kilometres in an area barricaded with barbed wire, which the Germans had considered impenetrable. But the British were not able to capitalise on their success. A heavy German counter attack left the battle unresolved. Even so, the army commands realised that the consequences would be enormous. Tanks had proved their potential; warfare would never be the same again.