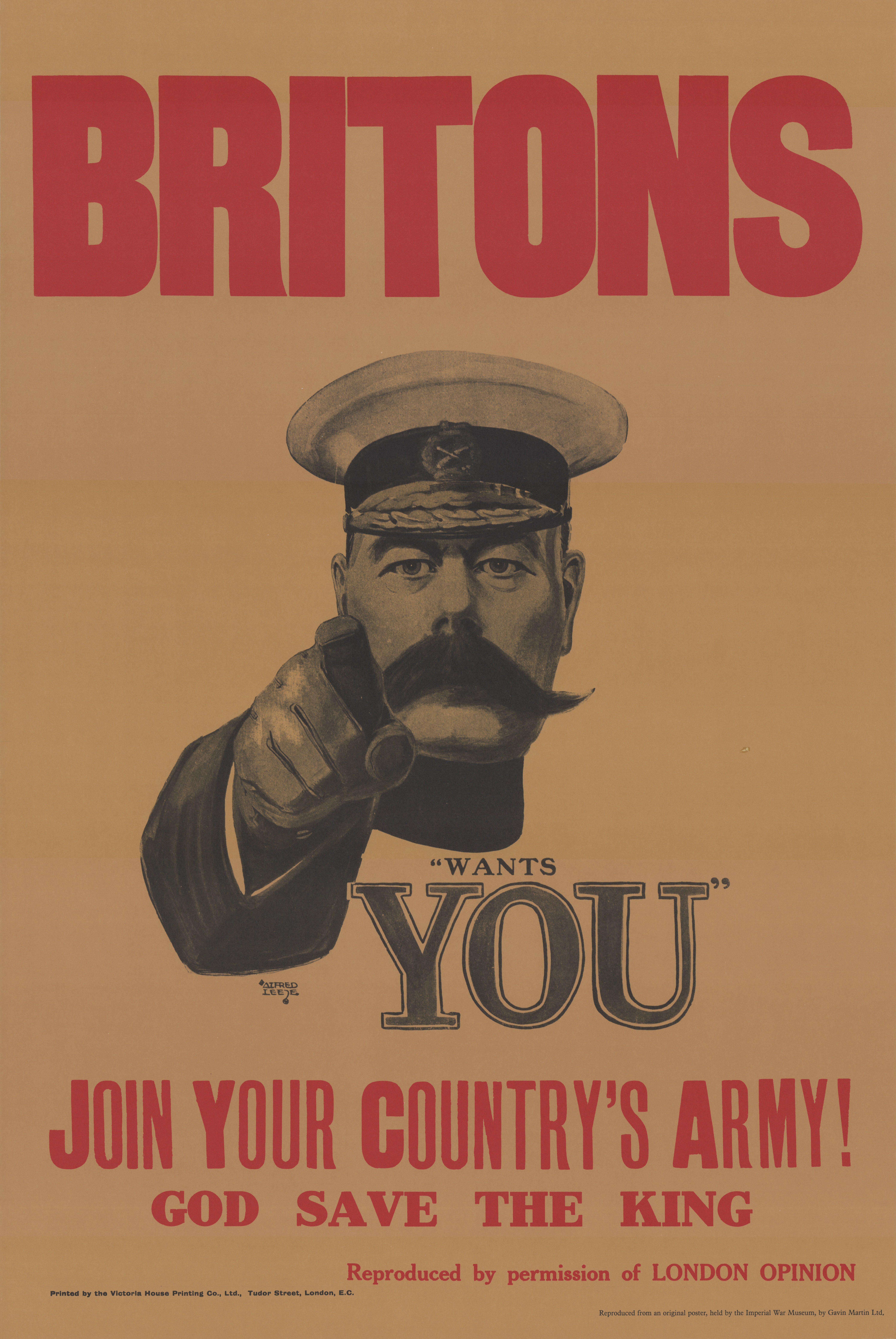 For a long time, it was generally believed that the 1914 declarations of war were made in a spirit of enthusiasm, and that Europe went to war whistling. Today's historiography qualifies this view somewhat.

It is true that on the eve of the First World War, a large part of the intelligentsia did think that a conflict could be beneficial: war would have a cleansing effect and provide an antidote to the materialism, decadence and individualism that were corrupting society. This 'war enthusiasm' did by no mean come just from right-wing, nationalist or militaristic quarters. The socialist writer H.G. Wells, for instance, believed there was a need for a war so terrifying that in the future, armed conflict would be avoided. And while some pacifist voices were also heard in European salons, they were in a minority and fell silent when global mayhem broke out.

However, it would be wrong to generalise the war enthusiasm at the top level of society. It was, above all, an urban phenomenon that was on the increase among the elite and the upper middle class. From August 1914, both the Allied and Central Powers' propaganda machines were running at full speed in order to motivate the conscripts and convince young men to volunteer. The propaganda appealed to their sense of duty by exaggerating the length of the queues outside recruiting agencies. 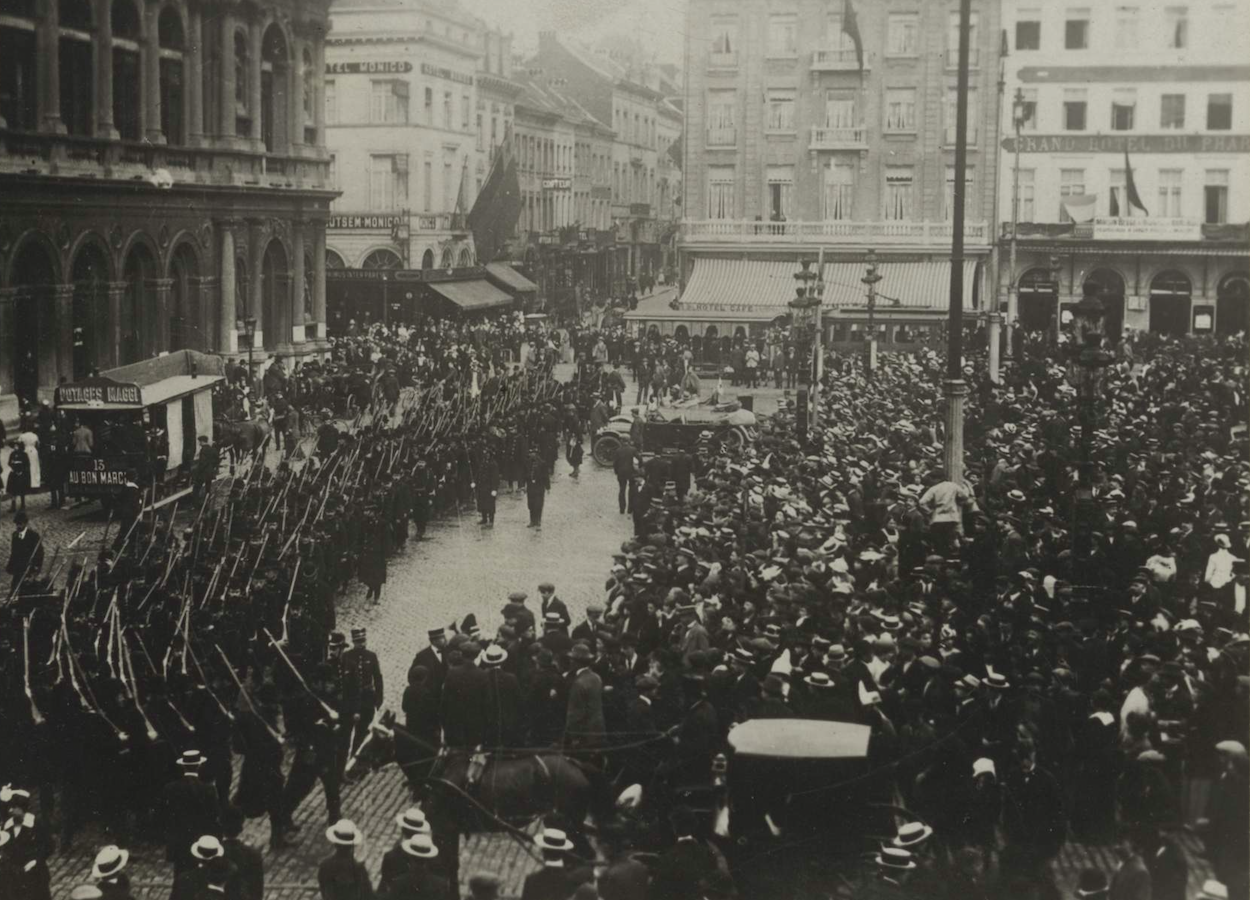 The 'garde civique' departs from Brussels to Antwerp in August 1914.

Spurred on by the propaganda, the young men of Europe did indeed go to battle. Some were adventurers, who viewed the war as a way of making a difference and felt a certain pride at their departure, but others enlisted primarily out of a feeling of necessity. Rather than war enthusiasm, a sense of duty prevailed, combined with the fear of being seen as a coward. The boys who boasted that they would be 'home before Christmas' were also trying to calm their own nerves. The festive departure concealed a good deal of underlying fear and doubt. 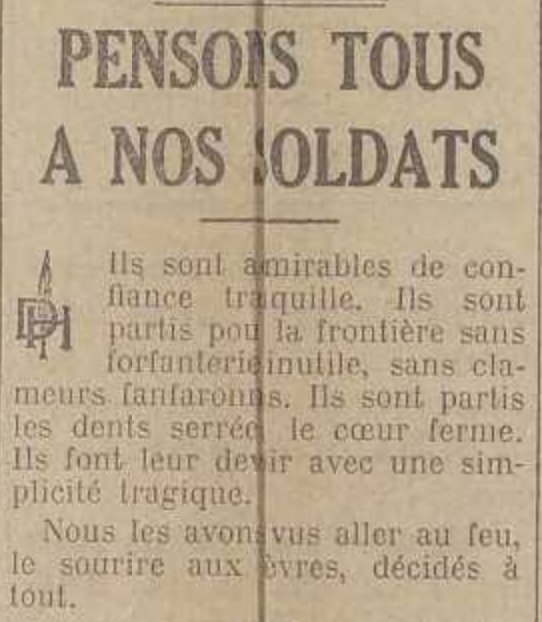 The Belgian newspaper 'La Dernière Heure' describes the soldiers as proud and determined.