The story of warpapers, now on Belgian Press of the Great War 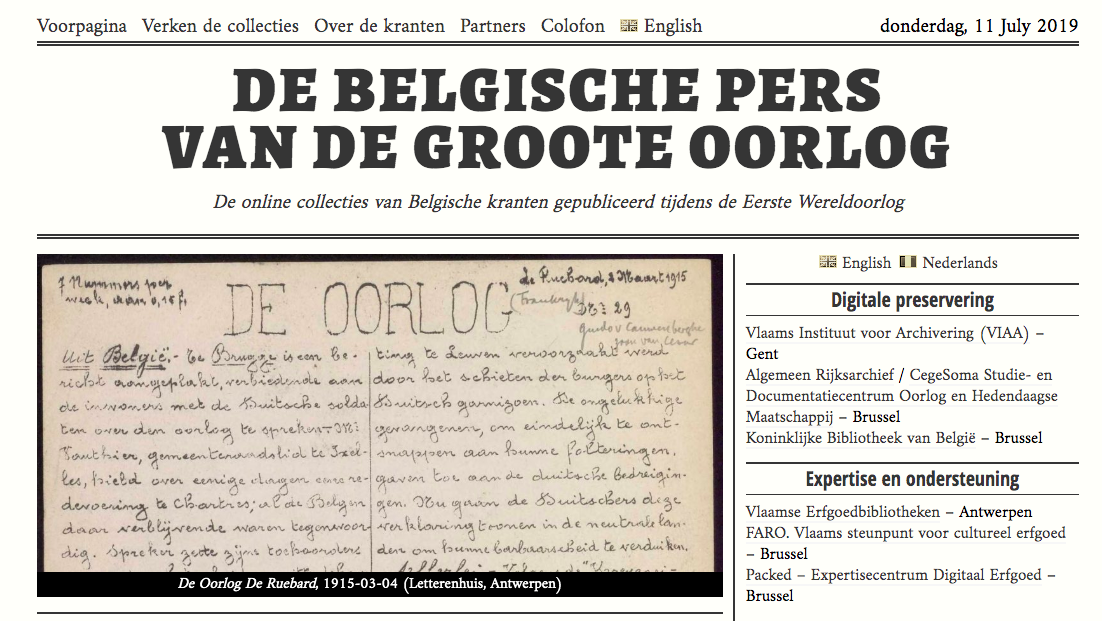 The story of warpapers, now on Belgian Press of the Great War

What do newspapers reveal about the Great War? A whole lot, apparently. People got their news from written sources in times of no social media, television or radio. The new website belgianpressfromthegreatwar.be elaborates on the role and importance of newspapers from the First World War. Apart from the 270.000 newspaper pages it also shows you the way to digitisation project The Belgian War Press and BelgicaPress.

Those newspapers reveal more than just the Great War story, and that is why they are undeniable heritage. Belgianpressfromthegreatwar.be shows the uniqueness and diversity of the Belgian press landscape that described the battle and daily life during the First World War comprehensively. The website explains how these war papers were not only important for Belgium. They emerged during a worldwide conflict, involving the presence of numerous nationalities on Belgian territory.

To make the unmistakable importance of this heritage tangible, we presented a solid dossier in 2017 together with vzw Flanders Heritage Library, FARO, PACKED, State Archives of Belgium/CegeSoma and KBR (Royal Library of Belgium), to have it included in the UNESCO Memory of the World register. Unfortunately, the collection was not approved by UNESCO, together with various other dossiers regarding war heritage. In order to save the content of the dossier, the Flanders Heritage Library transformed it to a website for Belgian newspapers from the First World War.

>> Read more on the website of Flanders Heritage Library

>> Go to Belgian Press of the Great War