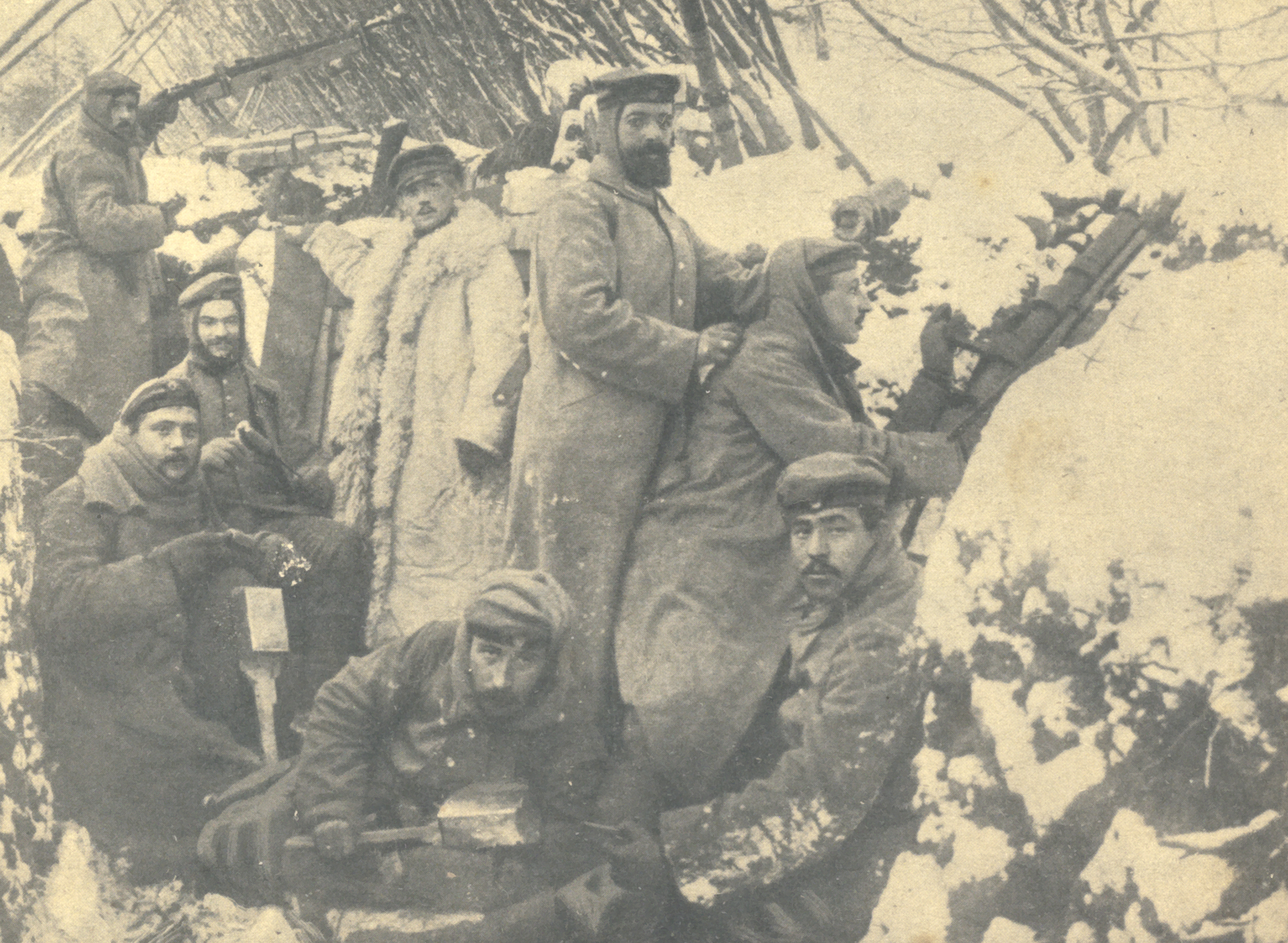 After the spontaneous Christmas truce of December 1914, army command was not eager for any new fraternization between the contesting parties. On New Year's Eve and New Year's Day, rifle shots rang out and the guns pounded as usual. Yet, some soldiers still tried to give the passing of the first year at the front a festive character. Diarist, Félicien Vanhove from Zarren near Diksmuide, wrote of that New Year's Eve: ‘At 12 o'clock tonight we heard a hellish din: shooting, cries, yelling, singing. I could see through the window that they were singing around the lit Christmas tree. And suddenly we heard the officers raging. All of the troops fled inside.’ Afterwards, it grew deathly quiet and the soldiers who had fired the shots in celebration were punished by their superiors, Félicien reported.

Nieuwjaarswenschen, Het Vlaamsch heelal: katholiek - zondagsblad, 2 januari 1915, p. 1
In the occupied country, New Year's Eve provided just as little reason for fraternization with the enemy. Merely the fact that the Germans used a different time zone to the Belgians already ensured psychological alienation between the occupier and the occupied. The Germans observed Central European Time, and had also enforced this time zone in the occupied area. Nevertheless, the Belgians stubbornly refused to accept the ‘German hour’ and clung to their familiar time zone, which was an hour behind. Therefore, the Germans celebrated New Year's an hour earlier, which was viewed as a provocation in the occupied country. On New Year's Eve 1914, Karel Resseler from Antwerp wrote: ‘11 o'clock. (12 o'clock German Time): rifle fire from all the devils can be heard through the city. The Germans are celebrating New Year's.’
On 1 January, New Year's greetings were given as usual, but everyone realised how bitter the felicitations sounded. The Vooruit wrote on 1 January 1915: ‘So 1915 has had a bloody start and the ‘Happy New Year’ will be seen more than ever as a bitter irony – and especially for the proletariat’. Sooner than sweet felicitations, the message was: ‘Have courage, and hope for the future!’